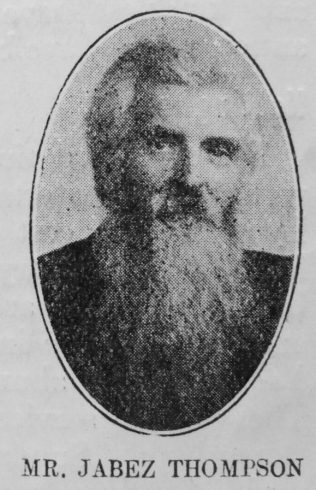 Transcription of Obituary published in the Primitive Methodist Magazine by J. Lindley

He surrendered himself to God when but sixteen years of age. His father being a Wesleyan local preacher, he remained a Wesleyan until 1860, when removing to Rugby, he joined our church.

He became a local preacher the same year, and for nearly fifty years continued to discharge the duties of that office with delight to, himself and pleasure and profit to his hearers.

Endowed by nature above many, and a born lover of books, he was well read, and made careful preparation for the pulpit. There are but few laymen living to-day who have preached more sermons or walked a greater number of miles in discharge of their service.

He was a Connexional man to a quite uncommon degree. In the interest of Foreign Missions he would have given almost his last penny.

He represented his circuit six times at District Meetings, and his District at four Conferences. He was a trustee for all the chapels in the circuit.

He died as he had lived full of faith, courage, and hope, leaving with his minister this message to the circuit, “Tell them to work hard for Christ. Christ for the world and the world for Christ.”

At his funeral the local Free Church Council, of which he was a past president, was represented by the Congregational and the Baptist minister, the District Committee by the Rev. S.A. Barron; the address being given by the Rev. W. Sawyer, of Birmingham.

His remains were carried to the grave by local preachers, according to his own wishes. A large congregation assembled at the memorial service, when an appropriate sermon was preached by the circuit minister. One wish expressed by him was that in any record made of him special mention should be made of his wife, who for over fifty years had been his companion, and without whose hearty sympathy and co-operation he could not have done so much. May our Father comfort the widow and daughters who cherish his memory.

Jabez was born on 30 March 1835 at Rearsby, Leicestershire, to parents Thomas, who worked the land, and Sarah. He was baptised on 24 April 1836 in the Leicester Wesleyan Circuit.

He married Mary Ann Welch (abt1834-1911) in the spring of 1858 at Leicester, Leicestershire. Census returns identify two children.

Note: There were two Jabez Thompsons born at Rearsby in the 1834/5 period. The other Jabez was born on 23 April 1834 and remained in Rearsby and died in 1910. He was also baptised in the Wesleyan tradition in June 1834. Given the confusion of birth dates it is likely that they were related.