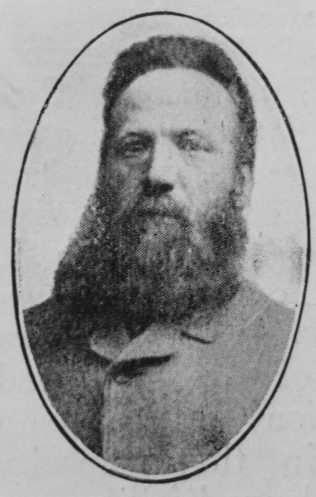 Transcription of obituary published in the Primitive Methodist Magazine by J. Prouton

Measenham Society has suffered great loss in the departure of our brother John Thompson, who on March 12th, 1908, was called to the life beyond. He was born at Littleshall, November, 1849, and born again of the Spirit while in his teens among the Wesleyans, with whom he united and became an exhorter.

At the age of twenty-one he removed to Measenham and threw in his lot with us when his own church withdrew from the parish. Though quiet, unassuming and unambitious he shared the honour of office as assistant and afterwards class leader for thirty years and local preacher twenty-eight years, besides acting as trustee, chapel treasurer, and Sunday School teacher for a similar period. Humility, earnestness, simplicity and faithfulness were striking features of his life. Redemption by Christ and salvation through faith were the fundamentals of his teaching, and combined with a rich personal experience were the source of his joy and the secret of his radiant Christian life. Since an illness two years ago he was never in robust health, but kept in action, preaching at Sporle only three weeks before his death.

The funeral was conducted by the Rev. J. Prouton and attended by a large concourse of circuit officials and friends, including many Anglicans who loved him as a neighbour and respected him as the chairman of the Parish Council.

Our brother was singularly happy in his domestic life and our sympathies are extended to his sorrowing widow and family.

On March 22nd a crowded congregation listened with rapt attention to an appropriate sermon by Mr. Prouton, based on Psalm xxiii. 4.

John was born in November 1847 at Tittlehall, Norfolk, to parents William, a shoemaker, and Mary Anne. He was baptised on 4 June 1848 at Tittleshall with Godwick.

John was a bricklayer by trade.

John died on 12 March 1908 and was interred at Weasenham All Saints, Norfolk. The burial record notes the burial was overseen by a Primitive Methodist Minister.

Note: The obituary records several typographical errors. He was born in November 1847, not 1849. He was born at Tittleshall, not Littleshall. He moved to Weasenham, not Measenham.