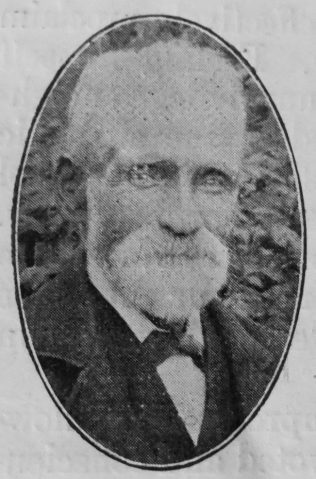 Transcription of obituary published in the Primitive Methodist Magazine by J. Davidson

Born at Ryburgh, Norfolk, January 31st, 1841, Mr. Thomas Thompson was early taken to chapel by his mother where he was led to the Saviour. Removing to Hellesden he fell away and plunged deeply into sin. A tract led him to the Wesleyan Chapel where he was converted. He was now twenty-three, and married a person like minded with himself. The lifeless state of the Wesleyan Society led him to start cottage prayer meetings in his home, which so grew that they had to be held in the chapel. Many were converted.

Removing to Wighton thirty years ago, where there were no Wesleyans, he joined our Society and became a tower of strength. He became a bright and diligent class leader, and excellent society steward, and was for some time circuit steward of the Wells Circuit. A special favourite with children he was for many years school superintendent and Sunday School teacher. His talents were varied and his services manifold. Though not physically strong he was full of energy and zeal. Everybody knew that he was a Christian. His addresses were often spiced with anecdote and illustration, and he usually had good congregations. Once finding a small congregation he determined to have a larger one next time, so brought a bell which he rang in the street inviting the people to come and hear a converted sinner preach. Well on for 300 accepted the invitation. His home was Open to ministers and local preachers, and all received a hearty welcome from the family. His long affliction was borne with patience and resignation, and in his closing days he sought to reclaim a wanderer and not in vain.

His last audible word was “Hallelujah,” and he peacefully passed away, April 11th, 1908, A strong Nonconformist Mr. Thompson was buried by our ministers, Revs. T. Woodall and J. Davidson, in presence of a great company. Rev. J. Davidson conducted the memorial service the following Sunday, preaching from “Blessed are the dead which die in the Lord.”

Thomas died on 11 April 1908 at Wighton, Norfolk. he is buried at All Saints Churchyard, Wighton..