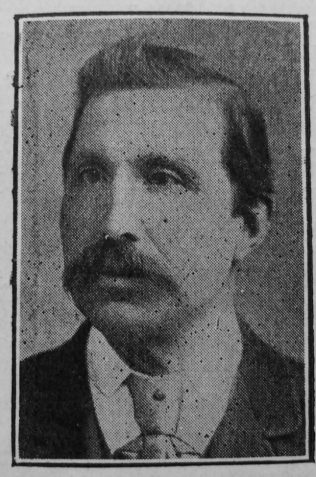 Joseph Thornhill was born at Mackworth near Derby on December 10th, 1846, and was accidentally killed on Friday, November 30th, 1906, whilst engaged in firing a shot as a deputy at Butterley Colliery. He had been actively associated with Primitive Methodism for about forty years. As a youth he was fond of card playing and did not appear much concerned about religion, but was induced to attend a mission conducted by an evangelist in connection with the Established Church, and ultimately yielded himself to Christ.

In early life he married Selina, the daughter of Samuel Watson, a very earnest Primitive Methodist, and so was led to our church. Some thirty-eight years ago he removed to Ripley, and for a time worked at Butterley Ironworks, later he entered the mine and became a deputy, a position he held for a quarter of a century. On coming to Ripley he joined Grosvenor Place Church, and when this building was superseded by a new church in Nottingham Road, he became a trustee and continued to be an active worker until his death.

For over thirty years he was one of the most hard-working and acceptable preachers in the circuit. He was a class leader for nearly thirty years, and at different times has held the posts of school superintendent, teacher of young men’s Bible Class, society steward and trust secretary. He was a man tried, true, and trusted by our Church. Of sunny temper and genial disposition, reasonable in business meetings, cheery in social gatherings, and bright and brotherly in church work, he was truly a brother beloved. His sudden removal came as a terrible shock to all.

The funeral service held in the church was largely attended, local preachers and others being present from nearly every part of the circuit. The service was conducted by the circuit ministers and a brief address given. The utmost respect was shown to our brother’s memory in the town and district by the people generally. A memorial service was conducted in Nottingham Road Church on Sunday, December 16th, by Mr. John Henshaw, Circuit Steward, and a large company was present.