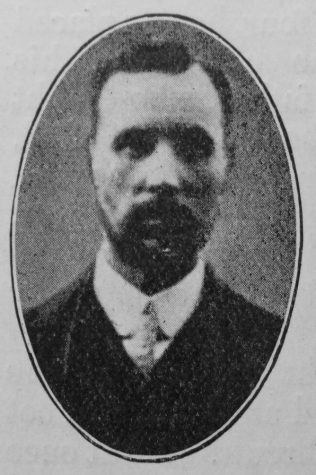 Transcription of obituary published in the Primitive Methodist Magazine by B.B.B.

Mr. Daniel Robert Haskins Trotman was born January 12th, 1868, in the parish of Stratton St. Margarets, in the Brinkworth Circuit. He was cradled in a home where family devotions were regarded as a precious heritage. As a boy showing aptitude for teaching he was designated for the teaching profession, and achieved remarkable success.

His health breaking down he sought an outdoor occupation, and removed to Oxford as an agent of the Prudential Assurance Company, and for many subsequent years he found a spiritual home at Pembroke Street, actively engaging in the work of the church, and efficiently filling the positions of conductor of the choir, and Society Steward. He also acted as secretary to the Circuit Finance Committee, and secretary to the Cowley Trust.

A man of method he was able to get through a deal of work without much apparent exertion. Death came with great suddenness. Our friend took to his bed on Friday, November 22nd, and the end came in the early hours of Monday, November 25th, when he passed away in his sleep. He was in the prime of life, being thirty-nine years of age. Much sympathy is felt with the widow, who is left with four young children to mourn their loss. The funeral service was conducted by the Rev. T.R. Holtby, assisted by the Rev. J.T. Stead. The coffin was borne by four fellow workers at Pembroke Street. The choir, he so often had led, rendered most feelingly the funeral hymns. The whole of the agents of the Prudential in this district attended the funeral and every mark of respect was paid.

Daniel was born on 12 January 1868 at Stratton St. Margaret, Wiltshire, to parents Cornelius, a bookmaker and local preacher, and Jane.