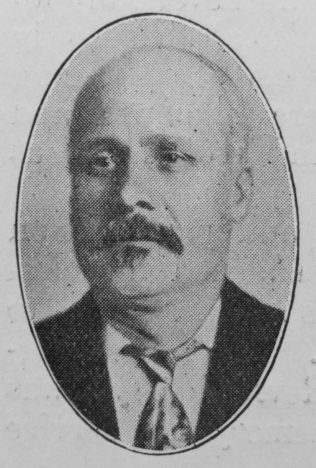 Transcription of obituary published in the Primitive Methodist Magazine by W. Bennion

For many years Bro. Benjamin Vernon has been an active worker in connection with the Hot Lane Society of the Burslem Circuit. He commenced to attend the services at the age of thirteen years and shortly afterwards joined Bro. Garner’s class. His most important service has been in connection with the choir, of which he was the leader for eighteen years. Being of a retiring disposition he did not take a conspicuous part in other departments of church work, but was regular in his attendances at fellowship and kindred services. As a Christian he was devoted, self-sacrificing, and of cheerful disposition. As a parent he was kind and loving. As a choirmaster his work was a brilliant success.

During the recent winter he at times suffered in health, but ever anxious to serve his earthly master well, he attended to his duties even to the last few days. Early in May he was busily engaged in training the choir and children for the Sunday School Anniversary, but a week prior to that occasion he unfortunately contracted a chill, which developed into pneumonia and resulted in his death at the age of fifty-two years.

His funeral, which took place on Sunday, May 10th, 1908, was attended by representatives of various churches in the Potteries and was regarded as the largest funeral seen in the neighbourhood for some years. The services in our church. and the Burslem Cemetery were conducted by Rev. W. Bennion, superintendent minister.

A memorial service was held on June 14th, conducted by Mr. Samuel Hopkinson, an old friend of the deceased.

The sorrowing widow and family have received many expressions of sympathy and warm testimonies to his real worth, which have been a great comfort to them in their bereavement. May each member of the family meet him in the Homeland.

Benjamin was born abt1855 at Burslem, Staffordshire, to parents Benjamin, a potter, and Harriet.

Benjamin died on 6 May 1908 at Burslem, Staffordshire.