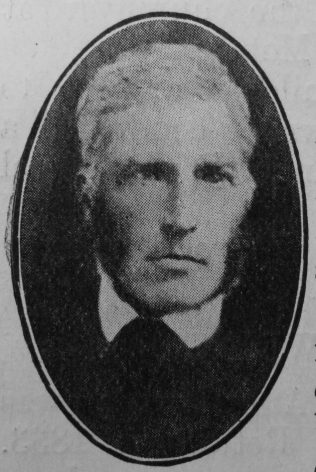 On December 20th, 1907, Stanhope Primitive Methodist Church sustained the loss of its oldest member in the death of Mr. James Vickers, at the age of seventy-four years. Our brother had been a member of our Church for over fifty-six years, having been converted in 1851 during the great revival which swept over Weardale. In his early days he was taught in spiritual matters by such men as the Revs. T. Greenfield and C.C. McKechnie. Mr. Vickers never aspired to official position, being always of a very retiring disposition, but his character was a model of integrity, honesty and virtue.

He readily interested himself in the Sunday School and steadily pursued that useful work until compelled to cease through failing hearing. Being an. intense lover of the Bible, he acquired a wonderful knowledge of the word of God, which seemed to ripen his character and guide his life. The House of God was dear to him and up till the Sunday previous to his death he attended Divine worship and stayed to the Lord’s Supper. That gentle, true life closed with awful suddenness and unexpectedness after an illness of three hours. Our brother survived his dear wife by only nine short weeks. The funeral took place on Sunday, December 22nd, the service being in the hands of Rev. J. Dyson, Stanhope.

A large number of friends followed the mortal remains of our departed brother to the Cemetery. The memory of our friend will be cherished by all who knew him.