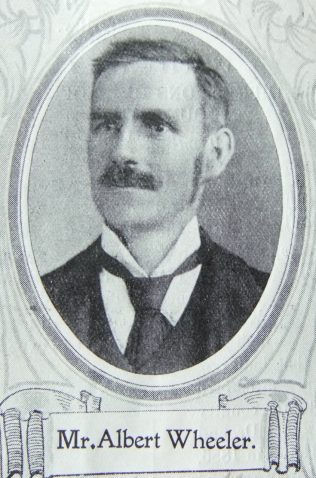 Mr Albert Wheeler is one of the most indefatigable workers it has ever been our privilege to meet. He never spares himself in his work for Christ and is ever ready to respond to any call the church may make to him. He is a very acceptable local preacher, he has a good voice, an earnest manner, and a ready utterance. His name is on a number of plans and he is frequently requested to preach in other circuits besides his own. He is also an earnest Temperance worker, pushing forward the cause of total abstinence on every possible occasion. All his life he has been connected with Primitive Methodism, his father being one of the veteran preachers in the Sturminster Newton Circuit. Mr A. Wheeler is beloved by all his fellow workers. His influence is a power for good. His hospitality to workers in the church is unstinted. We pray that he may long be spared to the church of his choice.

Albert was born in 1864 at Turnworth, Dorset, to parents William and Emily. William was a carter (1871) and later a bailiff.

Albert trained as a carpenter and became a wheelwright.

Albert married Elizabeth Ellen Morgan (b abt1863) in the spring of 1887 in the Poole Registration District. Census returns identify two children.