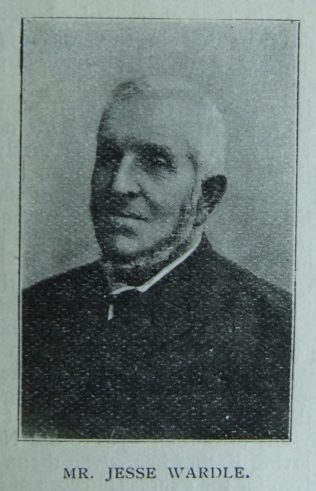 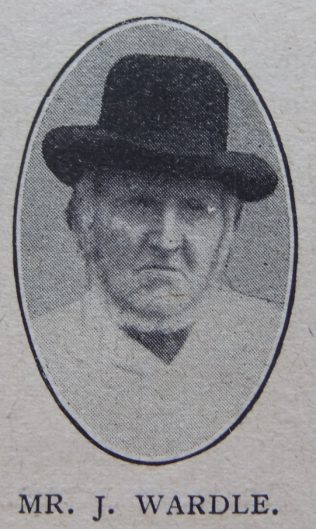 Transcription of ‘Sketch’ in the Christian Messenger by Rev. R.W. Keightley, the first in the series “Rough Diamonds I Have Met”

We may not have produced a “Sammy Hick” or a “Billy Bray,” but in town and village Primitive Methodism has been rich in sturdy, strong, and striking characters. Plants full of gracefulness and beauty, flowers of rare fragrance and modesty, trees full of stately majesty God has given us; but we have also been blessed with strong, unbending oaks, gnarled, bent, stout of trunk, strong of arm, and withal “rounded with leafy gracefulness.”

In the spiritual temple there are “corner stones polished after the similitude of a palace,” there are, too, rough blocks of unyielding granite that

“Keep at bay
The changeful April sky of chance,
And the strong tide of circumstance.”

Not all the Lord’s prophets can say, “He hath made me a polished shaft,” or stone. In the foundations of the New Jerusalem are all kinds of precious gems, howbeit many of them are unchiselled and rough.

Now, Mr. Editor, since you have “commanded” me to give some account of a few of these “lively stones,” I comply with your orders, and will set down a few particulars concerning some of them. Nothing here recorded is “hearsay.” I have met them, known them, and some of them are still being cut, shaped, and polished by the great Lapidary on earth; others have been re-set in the heavenly city of God, and they bear the Divine name clearly inscribed.

Was born at Old Clee, near Grimsby, January 1st, 1832, so that he is seventy-five years old. He was the sixth child in a family of sixteen, twelve of whom, four daughters and six sons, reached adult life, and three of them still survive. In those days rye-bread was the staple article of food in the labourer’s home. Jesse got no education as a boy, and he was sent out to work when olny six years of age. Subsequently he worked for Mr. W. Holt, at Weels Villa Farm, who entertained Rev. T King on his first visit to Grimsby in 1819 as a primitive Methodist missionary. The boy received threepence per day wages, and went “on strike” for an extra penny, which he did not obtain. His youth was spent in farm-service. At the age of twenty-three he married a good wife, who sickened and died eighteen years later, leaving her husband and nine children to mourn a great loss. One of the daughters still keeps her father’s house. All his life has been spent in the villages adjacent to Grimsby, Clee, Scartho, Waltham and Great Coates, where he is now, and has been for over thirty-one years. He has been fifty-eight years a Primitive Methodist, and fifty years a local preacher, and all the time on the Grimsby Circuit. His plan number was originally 97, now it is 5. He has been a class leader over forty years, and an ardent temperance worker ever since his conversion. My old friend gratefully boasts that during his local-preachership he has never missed an appointment. That means much. For in his early days journeys were long, and frequently he would have ten or eleven appointments per quarter.

In addition to all his other work during recent years, Mr. Wardle has taken to lecturing. He lectures on “The Story of My Life,” “Scripture Characters: Their Sayings and Doings,” “Ministers I have known during the last sixty years,” and “Local Preachers of Long Ago.” His lectures are in great demand, and large audiences greatly enjoy them. A retentive memory, strong common sense, and his quaint humour (often unconscious) enable him to interest, instruct, and profit his hearers for an hour-and-a-half at a stretch. His home has been for many years a “pilgrim’s inn” for preachers, and many of them cherish grateful recollections of happy hours spent there.

In speech he is plain, homely, laconic, and devoid of all attempts to be other than the unadorned Lincolnshire shepherd. The vernacular of North Lincolnshire supplies him with a suitable vehicle for his matured thoughts, and his rich stores of information. For not-withstanding his lack of early education he has somehow leaned to read, and he does not begrudge the cost of a few good books. He often surprises his hearers by the up-to-date-ness of his knowledge. Not long ago he was preaching on Jonah. He was quite aware of the materialistic objection to the theory that Jonah was swallowed by a big fish, and he said, “In my opinion the fish was specially prepared for that operation.” He preaches on “Seeing we are compassed about with so great a cloud of witnesses, &c.” In dealing with “The sin that doth so easily beset us,” his definition is multum in parvo – “ A man’s weakest plaace is his besetting sin.”

A few years ago we heard him preach at a District Meeting Camp-meeting, and, to our sorrow, had to succeed him. Having announced his text, Isaiah xxxv, 8-10, he said, “Noo, my griends, I ask your prayers for about ten minutes, yes, for ten minutes, for I’ ten minutes’ I shall aather be wun’ up or spun out.” And “wun’ up” he was. What a rollicking time he had, and what a treat we had! Coming to the statement that the way should “be called the way of holiness,” he said, “This is a peculiar way for a peculiar people. It isn’t for you footballers and you cigarette smokers. Some folks say I’m a peculiar man. Maybe I am. You see, I doan’t wear a collar and cuffs. A woman I’ oor village said to ma, a few days since, ‘Why, Jess, thou’s going to District! If thou was my man, thou would hev to wear a collar and cuffs.’ ‘But’, said I, ‘I’m not thy man, and I shan’t be when thy husband dees.’” But we got to know a great deal about “the way” that afternoon.

Mr. Wardle had also to speak on the temperance question at that District meeting. His address was alive with racy incidents culled from his own life. In what he calls “lammin’ time” he had to spend many nights among his flock. The owner of the sheep suggested sending him a gallon of gin to “keep the cold out,” to which the shepherd replied, “A good warm top coat would be a lot better,” and the top coat came. Seeing a man in Great Coates, one day, too drunk to walk, he said, “Why, thou’s drunk, Joe, some Elliman’s Embrocation would do thi legs a lot more good than the stuff thou puts in’em.” He told also how that going from Grimsby to Waltham late one Saturday night he saw a drunken man lying across the high road. After describing how he shouted to rouse the inebriate, and how, after much difficulty he got him up, he said, “I pagged him home, I knocked at the door, and his wife opened it, and I said, now Mrs F—–, do you want owt’I my line.” Story after story he told in his own inimitable style until our sides ached and our eyes were filled with tears through laughing. But space is more than gone. Let it be said our old friend is yet vigorous for his years. He is rich in the high esteem of his neighbours and friends. He has the confidence of the Church he has served so long and so well. Twice he has brightened the District Meeting by his presence, and he reached the high-water mark of official recognition and honour when he was sent to the Conference in 1902.

Jesse was born on 1 January 1832 at Old Clee, Lincolnshire, to parents George and Mary.

Jesse served as a local preacher for sixty-six years.