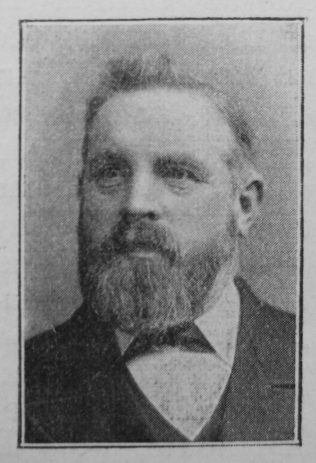 Transcription of Obituary in the Primitive Methodist Magazine by John Bradbury

By the passing of Alderman J. C. Wright, J.P., on July 27th, 1903, Grimsby lost one of its ablest and most influential citizens, and Primitive Methodism one of her most loyal adherents and gifted sons.

He was a Primitive Methodist of the third generation. His grandparents were among the first members of our Church in Lincolnshire, and his father was a devoted Worker in our Zion. When in the morning of life he surrendered himself to the Lord Christ, he joined the church of his father, and remained true till death. Almost every office it is possible for a layman to fill was held by Alderman Wright, and in each he rendered conspicuous service.

As a preacher Alderman Wright excelled. Always a great reader, a clear thinker – he received the degree of LL.D., from Gale University, America – he was remarkable for the thoroughness with which he prepared his messages; and for the force and fervour with which he delivered them, he became a pulpit expert, and was much sought for special services throughout his own district and beyond.

As an administrator in the church he had few equals. He delighted to wrestle with some difficulty. When the debt at Hainton Street was crippling her social advance, he led the way, and incessantly laboured for its reduction by £2,000. When he removed into the neighbourhood of our beautiful Flothergate Church, he connected himself with it, and threw his strength into the work. The freehold on that valuable property was secured, on his own initiative, the fine organ was built costing £552, all of which passed through the hands of our friend; he too had the joy of receiving the gift of £3,000 from Mr. John Hurst for the extinction of the debt. The Conference Memorial Chapel at Healing was built in 1900, costing over £700, and through his untiring efforts was opened free of debt. He undertook a scheme for enlarging our great Coates Chapel, as his last task in chapel building, and again succeeded in raising the money. As circuit steward he turned a heavy circuit debt into a balance, and put the circuit finance on a sound basis.

As a citizen he rendered valuable service to Grimsby. On entering the Town Council he at once took a foremost position as a debater and leader. As chairman of the Finance Committee he did unique work. Always a Free Churchman by conviction he never missed a chance of furthering the cause of religious equality. When the church party determined to consecrate the new cemetery, he organised and led the opposition, and won. The cemetery was publicly dedicated. He opposed the appointment of a Church of England Chaplain to the Union, and won another victory for religious equality.

His manifold life was lived under the inspiration of a devoted and noble wife, who has made sacrifice the law of her life that her husband might serve the people.

At the early age of fifty-four years, the call of God came. Full of schemes, buoyant with hope that the best was yet to be, and doors open for service everywhere, he passed from us. He rests in the Lord, and his dear ones live in the hope of reunion when the Day shall dawn, and all life’s shadows flee.

John was born to parents William, a grocer, and Harriet. Census returns identify the following occupations for John.