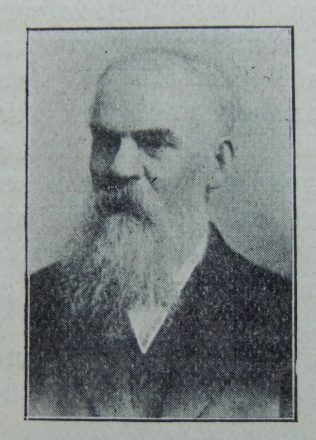 Transcription of Obituary in the Primitive Methodist Magazine by J. Blayney

Mr. John G. West was born in the town of Bedford on April 30th, 1841, and was brought by his parents to the city of Bath when a year old. In his boyhood he attended a Church Sunday School. But in his early teens, he was invited to attend the Sunday School at Westgate Buildings Chapel, Bath Circuit. After a while he was put In the Bible Class, the teacher of which was Mr. James Young, who shortly after entered our ministry. Mr. West said he was led to the Saviour through the first lesson he heard in this Bible Class, the subject of which was “The Leper healed.”

There was no room to doubt the reality of the change. The Saviour he had trusted, he began to serve. At once he joined the Church as a member, and soon became an earnest worker in the school as a teacher. In 1860 his name was put on the plan, and the quality of his sermons proved him to be “a workman that needeth not to be ashamed.”

He was wisely directed of God in the choice of his wife, Miss Powell, a daughter of one of the most earnest and acceptable local preachers in the Stroud circuit. Until this union took place, home comforts had been but few for him; but now his own home was made cheerful by the brightness and helpfulness of his wife, who also was one with him in all service; home became to him a little sanctuary, in which his soul grew in strength and goodness, and his mind in wisdom and knowledge. To them were given three sons and two daughters. These early years of wedded life were years of great temporal struggle and trial, but they proved that godliness had the promise of the life that now is. The fruit of their godly living is found in this, that one of the sons and both daughters very early in life made choice of their parents’ God and Saviour, and became devoted workers in the Sunday School and Church, the son being a local preacher and Sunday School Superintendent in our Coalville Circuit.

During the whole of his life, from the time of his conversion to the day of his death he remained a member and worker with our Church in the City of Bath. He was greatly interested in the erection of Claremont chapel and schools, and for twenty-one years was the superintendent of the Sunday School. In 1883 he rejoined the Society at Westgate Buildings, and to the last took a most prominent part in all the work and responsibility of the Church, filling several offices with great acceptability and devotion. The District Committees recognised his worthiness and ability, and for several years he held important offices in the district. Anything he could do to help on the Church of his choice he did with earnestness, and at much sacrifice, so that he could serve well his Master.

But it is not by official honours that came to him that we chiefly remember him, but what he was himself. While as a man he was ever sincere and transparent; as a friend always true; a most devoted husband, and an affectionate parent; he was above all a Christian.

As a preacher he sought to equip himself well. His sermons were carefully prepared. Possessing above the average mental ability, his sermons were always thoughtful and inspiring, and rich with Scripture quotation. He so loved the Word of God that his mind and heart were well stored with its treasures. His prayers as well as his sermons were largely in the language of the Bible.

The Rev. Edgar Ball says: “His kindness and practical sympathy were beyond all praise. As an official his Christian character and devotion to duty won my admiration.”

His end was sudden and unexpected. He was taken ill in the early hours of November 6th, 1903, and before medical aid could be obtained had quietly passed away to the heavenly rest. Rarely has this city of the West been so deeply moved as on the day of his burial; for as a citizen he was highly respected, and by all sections of the Free Churches was greatly beloved, consequently a great company attended his burial. His mortal remains were laid in the Locksbrook cemetery in sure and certain hope of a glorious resurrection to eternal life. Therefore we sorrow not as those who have no hope, for we believe that Jesus died and rose again, and when He comes again our brother will come with him.

John was born to parents George, a shoemaker, and Elishaba. He was baptised on 5 September 1841 at St. Paul, Bedford, Bedfordshire.