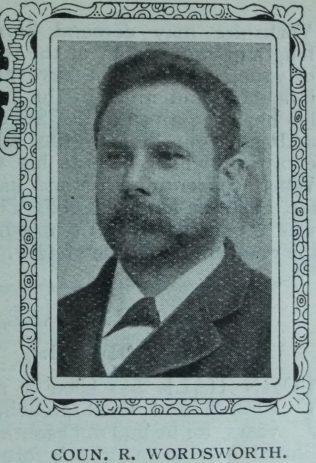 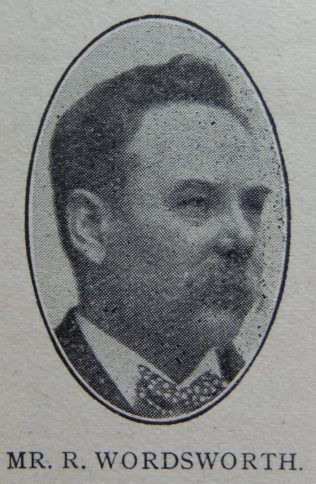 Coun. R. Wordsworth is a typical product of Yorkshire Primitive Methodism. Converted at the age of sixteen, when alone, after family prayers, he shows the strength of a Christian life whose roots struck early into the soil of grace. In his case build, deportment, speech, religious character all speak of virility, strength and weight. Few men in the Leeds Second Circuit have had a larger connection with one church, for as teacher, class leader, pew steward, chapel steward, school superintendent for twenty years, he has served Prince’s Field Church for thirty-five years. As a local preacher he presents the union of great natural ability and spiritual fervour. Added to a fine presence he shows freedom and dramatic power in speech which compels attention. His charity does not begin away from home, much as Yorkshire may demand from him. During his long superintendency of the school thousands of young people must have passed under his influence, and much of the best work of his life has been given to the Sunday school. An address from him to the school means an effort into which he puts his whole strength. When consenting to stand as representative for Holbeck for the Leeds City Council, he was at once assured of whole-hearted support, the result being a fine victory.

Robert was born in 1851 at Hoyland, Yorkshire, to parents Robert and Caroline. Robert, senior, was a Methodist Local Preacher and earned his living as a grocer and draper in 1851. By 1870 he was town missionary in Barnsley, Yorkshire.

His obituary records that he was a local preacher for fifty-five years. Those who knew him intimately respected the integrity of his character, the sincerity of his convictions, and the purity of his motives. He helped to establish the first home for the treatment of consumptives. He had a great love for children, and organized a yearly treat for the poor children of Holbeck.