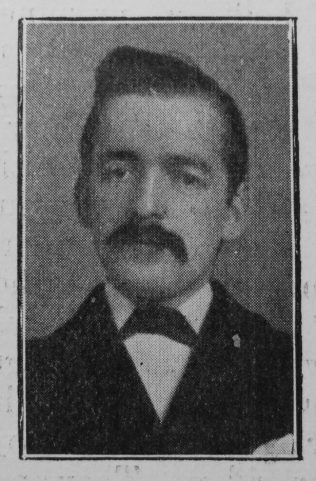 Transcription of Obituary in the Primitive Methodist Magazine by F.H.

Mr. George A. Walker was the youngest son of Mr. and Mrs. Matthew Walker, honoured members of our Wednesday Market Church, Beverley. He had given many proofs that he would follow in their footsteps and fill a worthy place in our Church’s life. A prominent worker in every department of Christian labour; and a most acceptable local preacher, he had already commended himself by the quality of his work to the church’s leaders. At the suggestion of friends, who knew his worth more than he knew it himself, he had even hopes of entering the ministry.

Premonitions of consumption led to the abandonment of the latter desire at least for a time. Many were the hopes and fears incident to a fluctuating state of health, but to his utmost he continued to help in the work connected with our Norwood Society especially, and with growing acceptance. All hopes, however, were dashed to the ground by his sudden decease on April 22nd, 1906. He was returning from a short walk that Sunday afternoon and had to hastily enter the house of our worthy steward at Norwood (Mr. W. Scott), and within but a few moments he had passed to the Homeland. He was only twenty-three years of age, and had made for himself a place in the hearts of the people who mourned greatly his early removal to higher service.

The interment at Keldgate Cemetery was an occasion long to be remembered. Crowds of people attended to show their sympathy with the parents and their respect for the genuine Christian character of our departed brother.

George was born in late 1882 at Beverley, Yorkshire, to parents Matthew Walker, a foreman at cement factory, and Eliza Brown.

At the time of the 1901 census George  was an apprentice printer compositor.