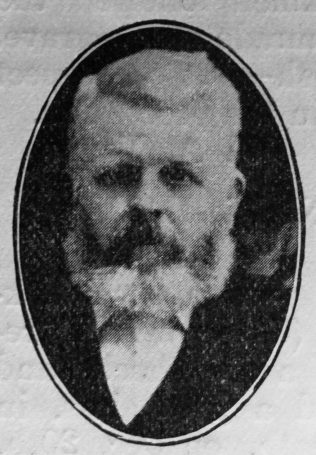 One of the most active and versatile workers in the Spennymoor Station was cut down when Mr. John Walker was removed by death from our midst. Two circuits had periods of service from him of nearly equal length. The Hunwick Society, Bishop Auckland Station, had him for twenty years in the days of his youthful freshness and zeal. The Spennymoor Society for a similar term had his ripe experience and developed powers. In both places, he did not confine himself to one sphere of labour, but was equally active and acceptable as Sunday School worker, local preacher, Society steward and worker for the Trust property.

His one interest and occupation outside his business and family affairs was the service of Christ and His Church. Regular in attendance at the means of grace, faithful to his duties, unswerving in integrity, and genial and amiable in disposition, he has made an abiding impression on the life of our church and we thank God for his beautiful character and faithful and distinguished services. His end came with startling suddenness. Whilst at work he was smitten with paralysis and passed from this life the next day (Feb. 15th, 1907) without regaining consciousness.

He left, however, the testimony of a life of devoted, unflagging toil in the cause of Christ and a reputation for uprightness and kindheartedness which is the prized inheritance and consolation of his widow and family in the sorrow of his decease. His memory is held in honour and will long be cherished amongst the best traditions of our circuit life.

John was born abt1846 at Staindrop, Co. Durham. I have not been able to determine his parents.