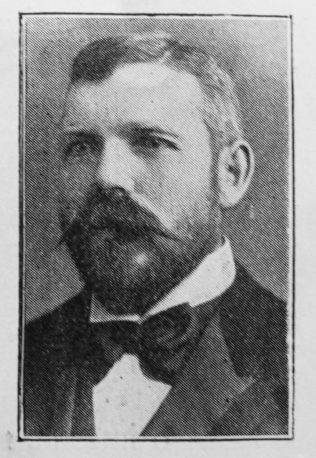 Transcription of Obituary in the Primitive Methodist Magazine by William Shipley

Born at Histon, near Cambridge, January 24th, 1854, Mr. John Watson left home when eighteen and settled at Rosedale, Yorkshire. Attracted to the Primitive Methodist Chapel one night by the singing, he was soundly converted. His gifts were soon recognised, and he became a local preacher. Removing to Skelton-in-Cleveland he gained considerable influence. He diligently cultivated his powers, and thus prepared himself for greater service.

Returning to Cambridge, in the employ of Messrs. Blackie and Sons, he continued for some years his useful career. Then he became a missionary to the Manchester Ship Canal Company at Runcorn, and for three years did splendid work. On the completion of the canal he removed to Liverpool, to occupy one of the highest positions under Messrs. Blackie and Sons. Here his business ability, his mastery of detail, his initiative and personal charm won the regard alike of subordinates and employers. Each night he left his accounts in simple order, like those of a faithful steward, as, indeed, they were found to be when illness suddenly prostrated him, May 3rd, 1906.

In spite of skilful nursing and medical experts, he passed away on the morning of May 6th, 1906. The funeral service was conducted by Rev. H.J. Taylor, assisted by Rev. W. Shipley and Rev. W. J. Walker.

His was a beautifully transparent and genuine character. He was bright and cheerful and overflowing with kindness, and in constant request as chairman and preacher. In the former capacity his urbanity and liberality were conspicuous; in the latter he was instructive and modern. Behind his terse, plain, Saxon speech and persuasive voice there was manifest earnestness, and, above all, the personality of a true man.

Lord Grimston says: “I shall never forget the wonderful times at Runcorn when he was missionary there, and his earnest work amongst the men on the Manchester Canal. I can at once think of several who were at the Runcorn Mission who are now leaders in Christian work.”

His intimate friend, the Rev. J. Watkin, writes: “He is with God, the day’s work faithfully done; let us all so labour that we may be ready at any moment, as he was, to lay it down and meet the great Taskmaster with joy.”

For his widow and daughter and three sons we pray God’s richest comfort.

John was baptised on 26 February 1854 at Histon, Cambridgeshire. His parents were James, who worked the land, and Ann.

He married Margaret Ann Brydon (1858-1881) in the spring of 1878 in the Guisborough Registration District, Yorkshire. Census returns identify two children.