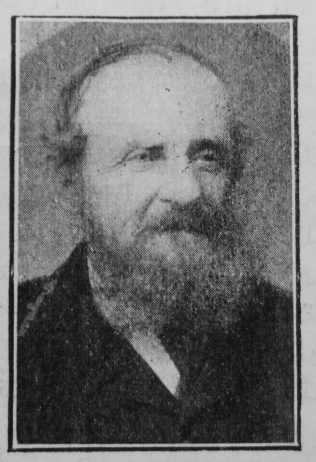 Transcription of Obituary in the Primitive Methodist Magazine by Henry J. Pickett

Another of the veterans of our church has been called to his reward in the person of Mr. George Webb, of Far Cottage, Northampton II. Born at Wrine Hill, Staffordshire, September 21st, 1822, and belonging from infancy to our church in that place, his life runs parallel with the growth of our denomination, which was to him an unceasing joy. He eagerly anticipated the Centenary celebrations, and though denied the privilege he eagerly coveted of returning to the familiar scenes of Mow Cop, none entered with greater enthusiasm into the historic interest of those great gatherings than he.

He joined the Wrine Church and choir in his teens, and in the same church found the faithful and devoted partner of his life. In 1856 he removed to Saighton, Chester Circuit, where services were conducted in a cottage. These he regularly attended as long as he lived at Saighton. Offered a situation as foreman platelayer under the London and North-Western, in 1869 he removed to Far Cotton, and immediately associated his family with our church there. As class leader, trustee, Sunday School teacher, and for twenty years Society steward he faithfully served the cause, training his family to the loyalty so characteristic of himself, and to-day his three surviving sons fill honourable and useful places in the church as trustees, choirmaster, local preacher, and Sunday School superintendent. An earlier minister of our church described George Webb as a “living concordance.” This witness is true. His love for the Bible was, indeed, a passion, and it is not surprising that in his last weeks of suffering and waiting his talk was of its precious promises, and his chief delight to have favourite portions read to him.

On Sunday, June 23rd, 1907, the anniversary of his much-loved Sunday School, God called him home at the ripe age of eighty-four. We laid him to rest in Hardingstone Churchyard knowing that his long and faithful service had already been crowned with the “Well done” of “the King.”

George was baptised on 7 October 1822 at Betley Staffordshire. His parents were William and Elizabeth.