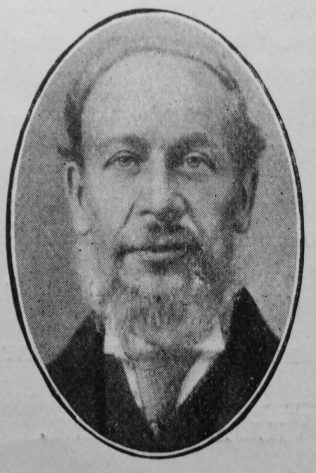 Bradwell Church has suffered a great loss in the death of John Wild. Thirty-eight years ago he came to Bradwell from Grindleford, where he had served his apprenticeship as a joiner. He at once connected himself with our church. He was a Sunday School teacher thirty-eight years, Sunday School superintendent, with but a few breaks, twenty-five years, and a class leader seventeen years.

He had great influence with the young people. He loved them, and his love was returned by them. He was therefore able to influence them for good, and his memory is revered by them.

He was a man of considerable intelligence. He had keen mental penetration, and he sharpened it by constant reading and cogitation. He took a great interest in political and social questions. For three years he was a parish councillor. But his health began to fail, and as by degrees he grew weaker, he had reluctantly to give up his offices, both in the church and the parish. For years he had to be content to attend the services occasionally as a worshipper.

His affliction was long and painful, but he bore it with great patience and resignation.

On December 2nd, 1907, he laid his weary burden down, and passed to his eternal rest, “his earthly sufferings o’er.” His remains were interred in the cemetery attached to our own church, where rest the remains of many of the best men and women who in this village served their day and generation.

The 1851 census return finds John in the Union Workhouse at Bakewell, Derbyshire.

John was joiner by trade.