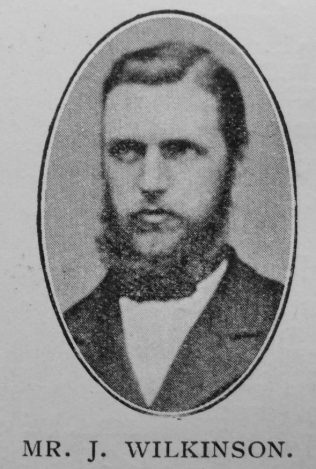 Transcription of obituary published in the Primitive Methodist Magazine by T. Wood

Alston Circuit has recently lost, through death, the oldest local preacher on the plan, John Wilkinson, of Nenthead born March 18th, 1847. He began to work for his daily bread at 12 years of age. Converted in 1866, while listening to Miss Bennet preach from the text, “Is there no balm in Gilead?” from that time to the day of his death, August 15th, 1910, he was a consistent member of the Nenthead Primitive Methodist Society, and was also connected with the Sunday School, and regular in his attendance for nearly 40 years.

In 1871 he became a local preacher, preaching his trial sermon before the Rev. Wm. Johnson. He had a good voice for open-air speaking and occasionally conducted Special Missions successfully. His preaching was always to the point, and he was in his element when souls were being saved. And whenever he heard of anyone being converted he was there to see which class the convert intended to join. He had a large class in the Society, and as Leader always made it a point to see all his members at least once a quarter, and to get them their tickets before Quarter Day.

He was a constant visitor of the sick. And sometimes when John Wilkinson had not been to see anyone sick, the sick one has said: “John Wilkinson must not have heard I was ill or he would have been here.” He was also a Trustee of the Nenthead Church for 30 years.

He was a broad-minded man, and always ready to help any sect in the work of the Master. His widow, Ann Wilkinson, who has been afflicted a long time, in loneliness, now waits until she also shall be called up higher. May God comfort her and enable her to remember that “this light affliction which is but for a moment worketh for us a far more exceeding and eternal weight of glory.”

John was born on 18 March 1847 at Nenthead, Cumberland, to parents Thomas Wilkinson, a blacksmith (1851), and Hannah Parmeley.

He married Ann (b1847) in late 1871 in the Alston Registration District, Cumberland. Census returns identify one child.