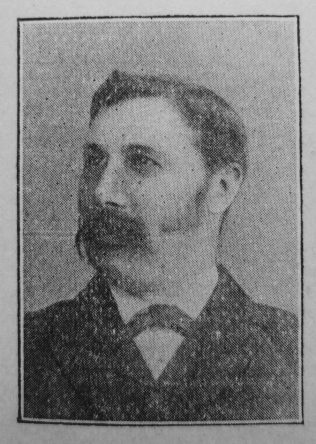 The Hanley Circuit has suffered serious losses of late years by the death of prominent officials, but one of the most widely felt and deeply regretted is that of Brother Wm. Walley, whose sudden and unexpected death takes from our Church one of its most earnest workers and supporters. He was called to important positions in our Church and filled them with much ability and acceptance.

Free from mere prejudice and pretence, it was a great pleasure to know him and to be associated with him in Christian work.

He was a cheerful sunny Christian and made many a life brighter by his quiet generosity and genial presence. We never knew him despondent, hope inspired him to the last. He lived a strenuous life, and died as he desired to – in harness. No doubt he was wearied many a time in his work, but never of it, and daily moved straight on until he reached the rest we hope to find. The burden of his prayers and preaching was an eager, anxious desire to help others, and he succeeded grandly.

Wm. Walley was born at Bradley Green in March, 1859, and died at Hanley, February 9th, 1904, aged forty-five. Some twenty-five years ago he yielded himself to Christ. It was a full and glad surrender. His conversion was an interesting and striking event. In the year 1873, during the ministry of the Rev. D.S. Prosser, there was a wonderful religious awakening among the young people at Bradley Green, and a large number of conversions, including John and Thomas Leese and Wm. Walley. Our dear friend began his new life in earnest, sought opportunities to cultivate mind and heart, attended all the week-night meetings, and with others organised a regular fellowship meeting on Thursday nights. This was held in an old bakehouse, and here our brother made his first attempt at preaching. The officials soon discovered that he possessed more than ordinary preaching power. He was put on the plan, and at Camp meetings and Revival services Wm. Walley was a host in himself and had the joy of leading scores, young and old, from evil ways.

Some nineteen years ago, he and his family removed to Hanley. His official connection with this circuit, as local preacher, teacher, superintendent, Class leader, and trust treasurer, has been most agreeable and helpful. He never caused trouble, never neglected his work, never disturbed the peace of the Church. In all his work and friendships he was whole-hearted. In all places he was a man of God. His preaching was intended to rouse; he was definite in statement, uncompromising towards evil, the daily foe of intemperance and the theatre, a detester of pretences, fearless in opposition to sacerdotalism, a Passive Resister from conviction, and a thorough Radical in politics. No whispering humbleness was his, and little concern as to outside opinion, and yet he was most charitable and conciliatory. His sincere faith, his readiness to serve, made him a power everywhere. The last time he took the services at Fenton Chapel about forty young people professed conversion, and with these a promising Christian Endeavour was formed,

Our friend was well known and highly esteemed all over North Staffs. Twice he represented his circuit in district meeting, once he was delegate to Conference at Leeds, for many years he had been an active member of the District Committees.

Few men were more attached to the House of prayer. How he would plead; he was mighty in prayer; he was a popular preacher in the best sense, sought after for “specials,’ but better still, he was trusted, honoured and loved at home. For sixteen years he devoted time, thought, and money to our struggling cause at Northwood, and had the joy of seeing a great burden become manageable. The Sunday School was dear to his heart, here he felt at home, the young people loved him; he was their friend, and shared their fears and aspirations. No one imagined early in January, 1904, that he would lay down his earthly lot so soon. Physically he was a robust-looking man. Towards the end of the month he underwent a serious operation, and to all appearance everything was satisfactory, he himself was bright and hopeful, and expressed his intention to the writer of taking part in the annual missionary services. We all expected his recovery. What an uncertain thing is mortal life. It was my privilege and profit to see him for the last time on Sunday morning, February 7th. He seemed about as usual. No one anticipated a fatal turn in his case. The doctor said he had every chance, the nurse felt quite confident, the family were easy in their mind. On Monday night his little daughter Eva read to him a portion of the New Testament; he closed his eyes, “That’s grand, that’s grand,” he exclaimed. “Read again.”

The family retired as usual; a little after midnight he woke in great pain, then dosed and woke again about one o’clock. The nurse observed a serious change, the family and doctor were summoned, every possible means was used to save him, but in vain, and at 1-15, Tuesday morning, Brother Wm. Walley had passed hence into the unseen holy.

The funeral on Friday, February 12th, was attended by ever a thousand people from all parts of the district, including Revs. George Jones, J. Aston, M. Hodsman (M.N.C.), John Gray (Presbyterian), W. Lansdell, B.A. (Congregational), Messrs. J. Frost, F. Chaddock, C. Holland, Jos. H. Smith, W. Mollat,  W. Bailey, Wilson Smith, A. Bourne, etc. Rev. J. A. Taylor read the service for the dead in Marsh Street Church, and at the grave, and Rev. George Jones offered a most pathetic prayer. Later on a memorial service was held in our Northwood School. The building was crowded, some 700 people being present. It was a very impressive service. The minister gave a timely address on Hebrews xi. 4: “He being dead yet speaketh,” and at the close several young people gave themselves to Christ.

Brother Walley leaves a widow, one son, and two daughters – members of our church – to whom much sympathy has been extended, and for many a day hundreds will remember Wm. Walley, a servant of the Lord Jesus Christ.

William was born to parents James, a butcher, and Eliza.