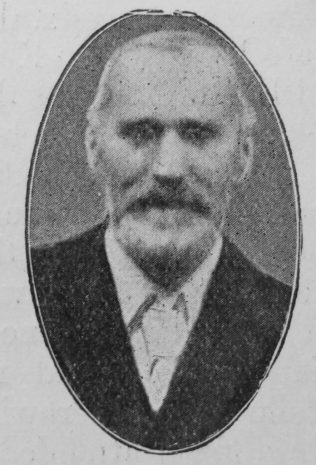 Transcription of obituary published in the Primitive Methodist Magazine by T.P.

For over fifty years Mr. Mark. Wright was an earnest and efficient worker in Bolton II. Circuit. Converted in his early years his first efforts in Christian activity were in Sheffield, where he did good service in the cause now known as the Hoyle Street Church. He removed to Bolton some forty years ago, and at once attached himself to the Moor Lane Church, then labouring under great difficulties.

He was in demand as a preacher not only in our own pulpits but in those of other denominations. With characteristic enthusiasm he threw himself into the temperance work and helped to form the Bolton Temperance Society. He took steps to assist those whose business it is to carry out the law in relation to licensed houses with the result that several of the ill-conducted houses were closed.

For some years he was school superintendent and he served a considerable term of office as Circuit steward. He represented the circuit in the District Committee, and two or three times was delegate to the District Meeting.

His last illness was short. He lay for some time unconscious, but on the night before his death he woke up. To the loving friends who stood near he said that the evil one had greatly harassed him, but God had given him the victory. With strange vigour he joined them in singing,

“The Lion of Judah shall break every chain,
And give us the victory again and again.”

A few hours afterwards his spirit quietly passed away. The veteran has been promoted to the higher ministry, but two of his sons are left in the church doing useful work for God. May the Divine blessing rest upon the whole family that at last they all may meet in heaven.

Mark was born on 17 June 1837 at Rotherham, Yorkshire, to parents Luke, a shoemaker, and Hannah. He was baptised on 17 January 1841 at All Saints, rotherham.