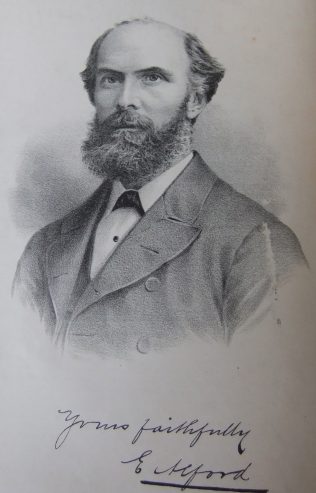 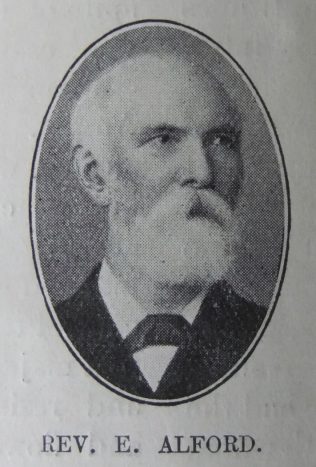 Edward was born on 22 January 1841 at Mere, Wiltshire, to parents John Alford and Sarah Turner. John was a blacksmith, trustee of the PM chapel and superintendent of the Sunday School.

Edward was converted in his teens during a religious awakening at Mere.

Edward’s obituary records that as a preacher he studied to be approved of God, a workman that needed not to be ashamed. His sermons were studiously and prayerfully prepared on evangelical lines, and by their delivery resulted in many being led to Christ, and building up of the churches of the faith in the Gospel. As a theologian, Edward belonged to the conservative school.

As a family visitor he excelled. Systematically and regularly in towns and villages of his stations, he visited the houses of the people in his charge, and his visits were looked forward to with pleasurable anticipation by old and young.

As an administrator he was statesmanlike and successfully dealt with chapel and other church difficulties as they arose.