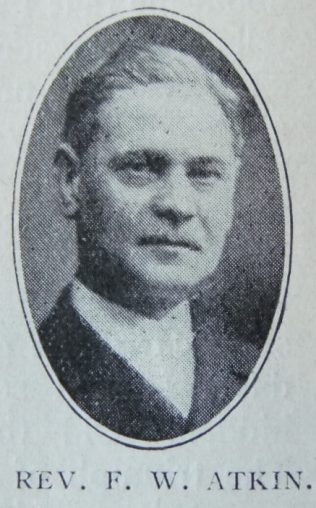 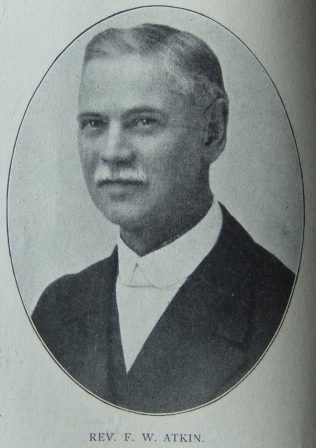 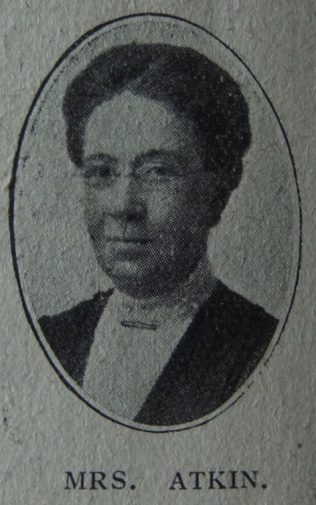 Frederick was born in 1864 at Alford, Lincolnshire, to parents Joseph and Jane. The 1871 census identifies Joseph as a post messenger.

Frederick started work at the age of twelve. At fourteen he entered a lawyers office, where he spent five years.

Fredrick was converted at the age of seventeen in a great revival conducted by Rev Denis Kendall. He was just eighteen when he started to preach. Aged twenty-one, Frederick passed the candidates examination and hoped to go to college. At that time the supply of suitable men was inadequate to the demand, and, owing to the break down in health of a probationer, Frederick was sent to fill a gap at Gravesend.

It was as a preacher that Frederick was seen at his best. He was splendidly equipped, a fine and cheery presence, a magnificent voice – clear, penetrating and sympathetic – a well informed mind, and above all a heart touched with divine passion, and a great desire to win men for his Lord and Master. In all his preaching there was a refreshing freedom from triteness and platitudes. He seldom failed to grip his congregations and in times of sorrow he was an ideal preacher for allaying doubts and comforting stricken hearts.

During his retirement, he became a familiar and welcome figure in the pulpit of many a Church of Scotland, where his gracious spirit and preaching gifts were greatly appreciated. During the last four years of his life he gave generous service to the Middlesbrough and Kirkby Stephen circuits.

Frederick married Eliza Ann Allen (b1854) in the summer of 1890 at Alford, Lincolnshire. Census returns identify one child.