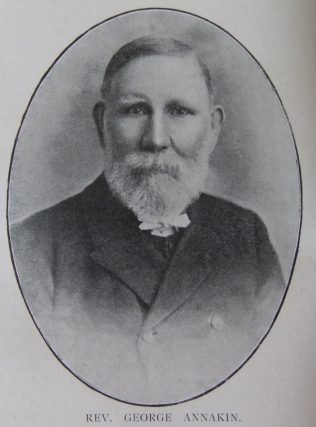 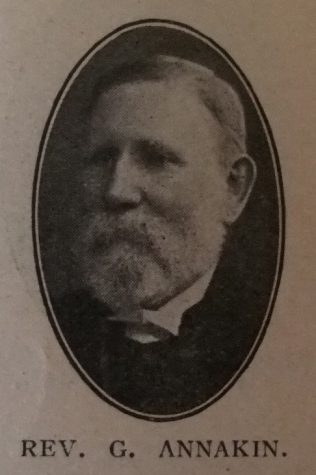 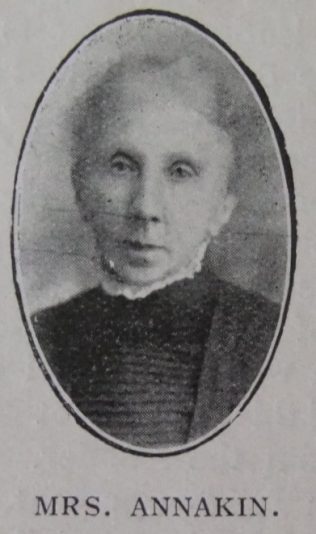 George was born on 27 October 1849 at Whixley, Yorkshire to parents Robert and Hannah. Robert Annakin worked the land and was a local preacher. George was one of fourteen children.

The school George attended was an unpretentious cottage room. When aged nine, he was sent out to work on the land for a few pence per week.

George was converted at the age of fifteen under the ministry of Rev John Hedley in the Harrogate Church. His conversion was followed by an intellectual awakening and he began to give attention to reading and study. George soon became a local preacher on the Knaresborough circuit.

George was a hired local preacher in 1871, serving at Halifax, Maldon, Tunbridge Wells and Leeds until the way opened up for him to attend the Sunderland Theological Institute.

George was not required to do much chapel building, but secured a chapel free of cost, built a manse, and did much in the way of renovations and reducing existing financial liabilities.

His obituary records that he had a passion for the salvation of men. His preaching was thoughtful, instructive, evangelical and practical. He was a model visitor; sympathetic, generous and gracious.

Following superannuation, owing to failing health, George took charge of the church at March in the Wisbech circuit. In 1919 he moved to Yorkshire spending three years in Harrogate and Wetherby. Following the marriage of his daughter in 1922, George moved to the village of Methwold in Norfolk.

George died on 13 February 1924 in hospital at Kings Lynn, Norfolk.