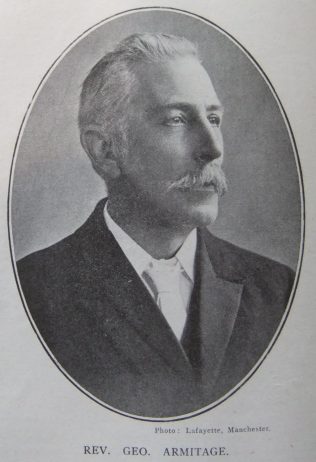 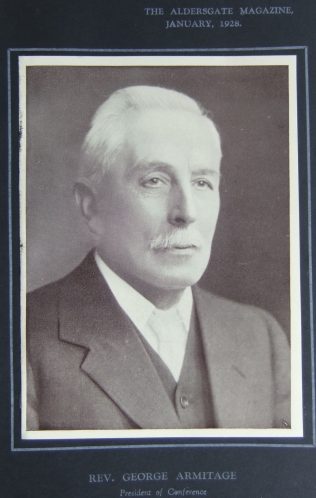 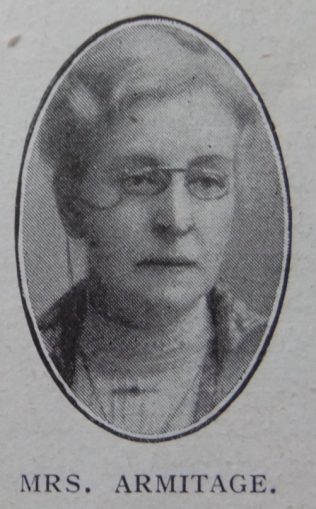 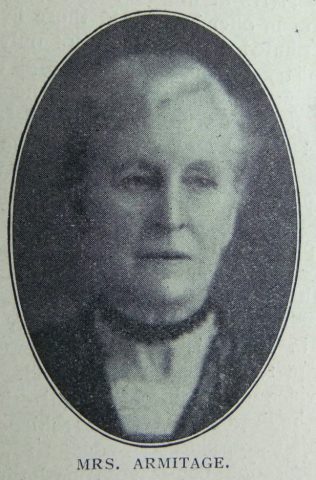 George was born in 1856 at Southport, Lancashire to parents Joseph and Rebecca. At the time of the 1861 census, Joseph was an eating and boarding house keeper. Joseph missioned Southport and was the first PM member of the Southport church.

In early youth George became associated with the Tuebrook Church in Liverpool Second circuit. He was recommended for ministry from that circuit.

George was one of the key connexional administrators of his time. He served the Manchester District as Secretary of the Jubilee Fund, as Missionary Secretary and as Secretary of Synod. He was an organising secretary for the Centenary Celebrations on Mow Cop. For eleven years he held the position of Secretary to the Hartley College. In 1911, George was one of the Connexional Representatives at the Toronto Ecumenical Conference.

George became Secretary of the General Committee in 1919 and served in the difficult post WW1 years. The early negotiations leading to Methodist Union passed through his hands.

George was President of Conference in 1927.

His preaching had always the Methodist ring in it, Christ-centred, and evangelical. His love of preaching and winning souls never ceased.