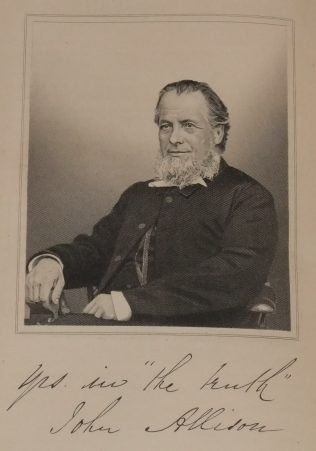 John was converted in February 1843. Within a year he was ‘on the plan’ and spent two successful years as a local preacher.

One colleague, quoted in his obituary wrote; ‘I always regarded him as a man of stern principle, clear in his denunciation of wrong, one who was prepared at any cost to uphold the right and true; one of God’s heroes, who did not seek the praise of men so much as the approval of his own conscience and the ‘Well done of the Maker’.’

Another writes; ‘As a preacher he was clear, solid and forceful, and many were led by the cogency of his reasoning to “Consider their ways and be wise”.’