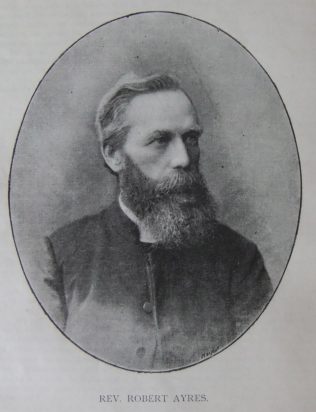 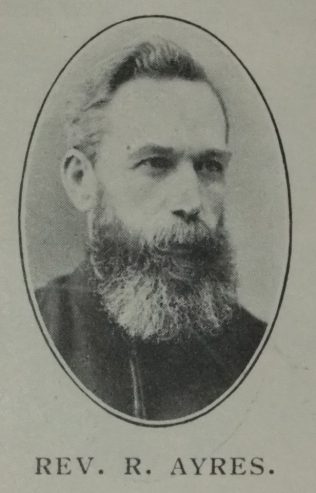 Robert was born in 1839 at Oving, Buckinghamshire to parents Robert and Sarah. Robert senior was an agricultural labourer. Both parents were PM local preachers.

When Robert was 15, the family moved to Preston where he attended Saul St Sunday School. Robert joined the church when he was 18.

In the third year of his probation, Robert was made superintendent of the Ashford station in Kent.

Robert was responsible for building chapels at Shieldmuir, Greenock, Moresby Park at Whitehaven and Workington.

His preaching was of the expository type, and his extensive reading gave him freshness to his discourses, so that he built up those who sat under his ministry.

After superannuation Robert retired to Preston where he worshiped at Fylde Rd Church. He was chaplain of the Free Churches of Preston and District and to the Royal Infirmary. He spent two days per week visiting the Infirmary.

His obituary records that he was a very conscientious and painstaking minister, and endeavoured faithfully to serve his God and his people.

Christian Baptism: A Treatise on the Mode of Administering the Ordinance by the Apostles and Their Successors in the Early Ages of the Church , 1907