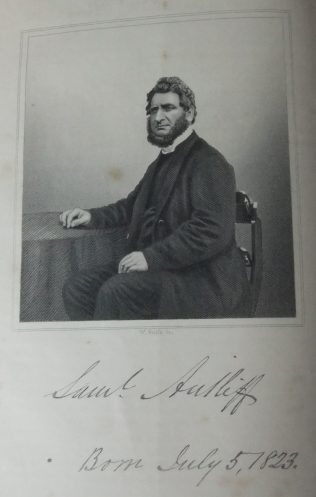 As a home missionary he laboured ardently, and was abundantly successful. His success in restoring wrecked circuits gave him some hard fields of toil, and it was only his wife’s splendid management that served to keep the wolf from the door at times. At Mansfield his powerful preaching, lecturing and temperance advocacy brought him to public notice and from that time forward his services were in constant request across the country.

Ritson and Barber record that Samuel had influence in the founding of Elmfield College, the Sunderland Institute and the Connexional Fire Insurance Company.

In later years he was blind but was still able to conduct a service, even reciting the lesson himself. Samuel was a powerful preacher, an ecclesiastical statesman, and a gifted administrator. He worked on the Derby School Board and as a member of Derbyshire County Council up until his death.