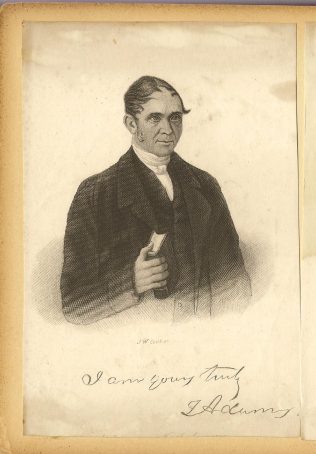 Thomas was born in Coleford circa 1806.

Antliff records that Thomas ‘ joined the Primitive Methodist Church in 1819, when about nineteen years of age, and entered the ministry four years afterwards. He laboured with great success in various parts of England, in the North of Ireland, and Wales. He appears to have got the impression that Canada offered a large sphere for usefulness, and, therefore, offered himself to the General Missionary Committee for Canada, he was accepted, and came to this country in 1844. His circuits were: Toronto, Etobicoke, Brampton, Reach, Guelph, Galt and Blenheim. He was honoured by being elected President of Conference, and his brethren loved him and reposed the utmost confidence in his piety and sound judgment. He was superannuated in 1865, and spent the last years of his life in Galt, and died in great triumph on November 26th, 1880.’

Leary records that one daughter married a Mr Lazenby.

Thomas later married Mrs Anna Marsden, widow of the Rev Marsden and daughter of Capt. Pigley. She died in 1880.