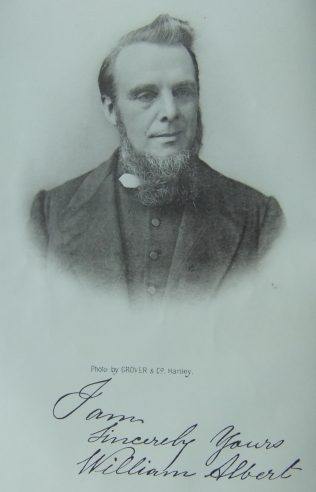 William was born on 7 March 1837 at Pensax, Worcestershire to parents James and Sarah. He was baptised on 7 May 1837 at Pensax. James, a cordwainer, was a local preacher and trustee in the Kidderminster circuit.

The 1851 census shows William also working as a cordwainer.

William’s obituary records that his preaching was original, powerful, and convincing; his soul was aflame with his message and his sorrow was great when people were indifferent to the claims of his Lord; he sighed on account of the sins of the multitude, but he was winsomeness itself as he besought men to be reconciled to Christ.

Outside of circuit work, William’s special interest was the study of medicine and anatomy.

He was most retiring as a man, and was not widely known as a consequence.