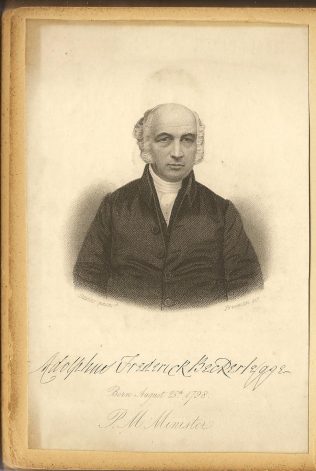 Adolphus was born on 26 August 1798 in St Ives, Cornwall. His parents were Samuel Beckerleg (b1765) and Martha Hendy (1765-1855). Adolpus was the youngest of four children (3 boys and one girl). Interestingly his baptism record does not mention his father. He had a Grammar School education and worked as a watchmaker and jeweller in Penzance. He was converted during the Cornish revival of the 1820’s.

Kendall records, ‘a commanding presence, a fine voice, a refined pronunciation, and as a preacher he was far beyond the average.’

The following quotation is attributed to Adolphus: ‘There is not money in the ministry, but there is the glory, and you must go for the glory.’