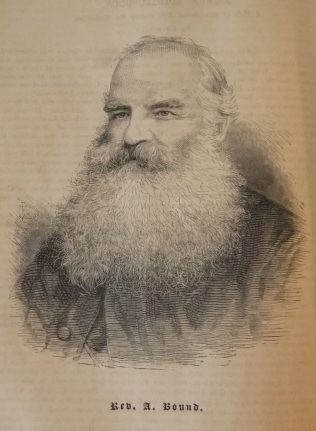 Ambrose was born on 26 December 1827 at Martin, Wiltshire to parents George and Sarah. He was baptised on 27 January 1828 at Martin. George was a carpenter. In 1851 Ambrose was living with his parents working as a carpenter.

Ambrose was brought up as an Anglican, but through the influence of a Primitive Methodist minister’s wife, he made his decision for Christ and joined the Primitive Methodists. He was a hired local preacher for a short time before entering the itinerant ministry.

His obituary gives little information about Ambrose’s active ministry except to record he was a delegate to conference on four occasions.