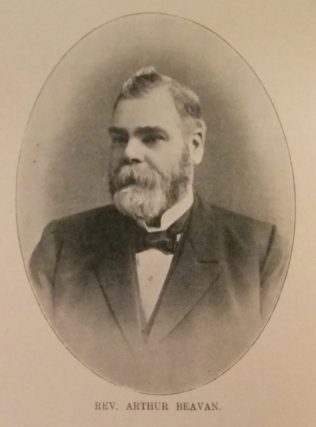 Arthur was born in 1850 at Dulas, Herefordshire to parents William and Catherine. William was a carpenter and a local preacher in the Cwm circuit, but died when Arthur was only three years old.

Arthur joined the Church aged thirteen and became a local preacher at the age of sixteen.

Arthur earned his living as a tailor before entering the ministry.

His obituary records that his finest work for the Church was done during his six years at Reading. During those years there were many converts giving the impression of a continuous revival in the Church.

Arthur was no lover of ‘special occasions,’ and was seen at his best in the midst of the ordinary routine of the Church’s worship and ministry.

Arthur was appointed Secretary of Conference in 1912.

Note:    The obituary for Elizabeth closes with an unusual apology from the Editor for the lengthy delay in publishing the memoir.