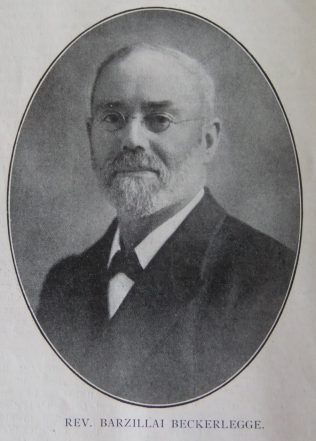 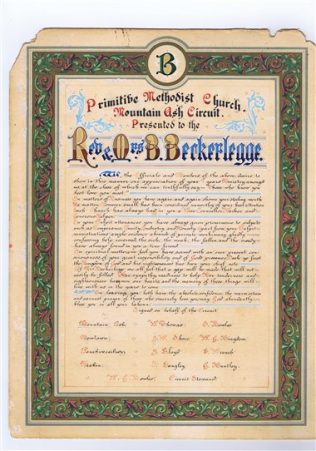 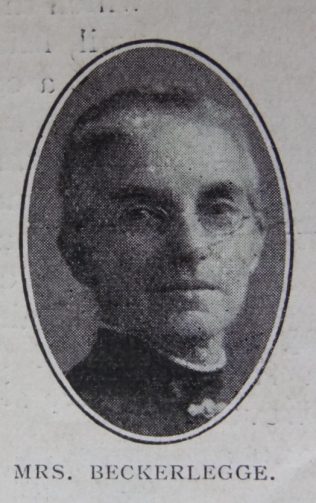 Barzillai was born on 29 June 1854 at Newlyn, Penzance, Cornwall to parents John Nicholls Beckerleg and Mary Ann Trevelyan. His parents were both members of the Primitive Methodist Church. John worked as a fisherman.

Barzillai was deeply impressed by the preaching of Rev Joseph Harding, and during a serious illness, and after a dream of his conversion, he was led to fully surrender himself to Christ. Although he heard the call to ministry, he felt the responsibility to great and personally unfit for the work. In 1876, Barzillai was persuaded to accept a position of honorary lay preacher in the Newport (Mon) circuit. Here, under the superintendency of Rev J H Best, his labours were fruitful, and having passed the candidates examination he became a ‘fisher of men’. Barzillai had worked as a fisherman.

His obituary records that Barzillai was of a studious nature, his pulpit work was the result of careful preparation. He was a good pastor, and cultivated intimate associations with his people, proving himself their friend and counsellor. He took an active interest in Free Church and social affairs, and was a keen temperance advocate.

Barzillai served as Secretary to the Devon and Cornwall District Building Committee and to the South Wales District Orphanage Committee.