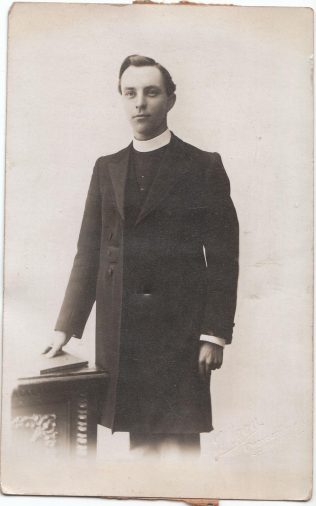 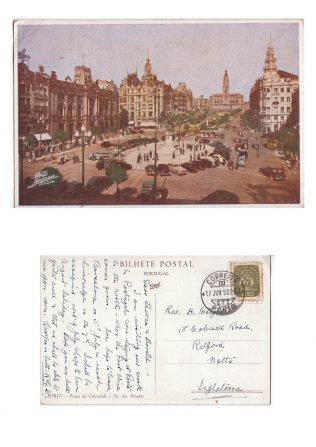 GEORGE BELL: born at Sturton-by-Stow, Lincolnshire, on 9th August 1888, the son of a farmworker. After working in farming for a short time and having been employed at Scunthorpe Steel Works, he entered Hartley Victoria College in 1912 to train for the ministry. After College he served a short probationary period in the Heckmondwike Circuit and moved to Market Rasen Circuit in 1914, following his ordination.

In 1916 he began service with Overseas Missions and was sent to the Fernando Po District, West Africa. He returned home on furlough in 1918 and in December of that year married Kate (nee Bell). She was a nurse and had worked in the Nightingale Hospital during the War. He undertook a Tropical Medicines and Opticians Course at Guy’s Hospital, so that on return they could do more to combat the sickness and disease they had to contend with in Fernando Po. He served in Fernando Po District for some twenty years, during which time he made himself fluent in Spanish and two of the local African languages, and had assumed responsibility for all the Mission’s activities on the Island.

His untiring devotion to this strenuous work gradually took its toll and when home on furlough in 1935 he suffered a heart-attack. His ill-health and the outbreak of the Spanish Civil War prevented his returning to Fernando Po. After several months of rest and recuperation he was able to resume regular Circuit work and served in the Gainsborough, Hoyland and Mexborough Circuits.

In 1948, the World Council of Churches, anxious to revive the churches in the Barcelona area that had been closed during the Spanish Civil War invited him to visit the Province and assess the situation. There followed a very challenging and exacting period of service which extended for some seven years, during which time he was able not only to revive the Church’s life and witness in the Barcelona district, but also that throughout the Balearic Islands, Majorca and Menorca, and which led to his being given responsibility for the Methodist churches in Portugal.

In 1955 he was able to return home to England and retirement and settled in Scunthorpe. He remained active for many years and only slowed down when he had to nurse his wife during her final illness. In 1978 he was able to move to the Methodist Home ‘Stones Place’, Lincoln, where he met Doris (Spensley), whom he married in 1979. Her love and companionship enabled him to live his last years in happiness and contentment. He died on 15th February 1986 in the ninety-eighth year of his age and the seventy-second year of his ministry.

George was born on 9 August 1888 at Sturton by Stow, Lincolnshire, to parents George, who worked the land, and Harriett.

He married Kate Bell (1887-1976) in December 1918 in the Glanford Brigg Registration District, Lincolnshire.