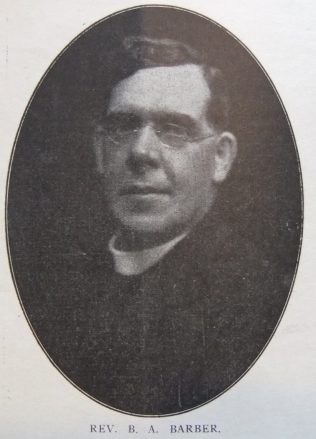 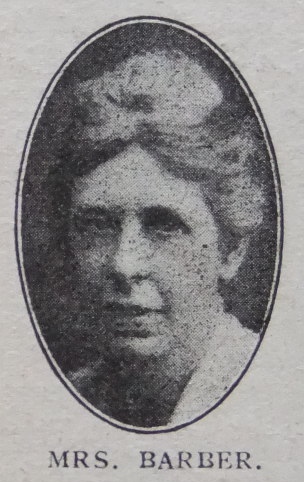 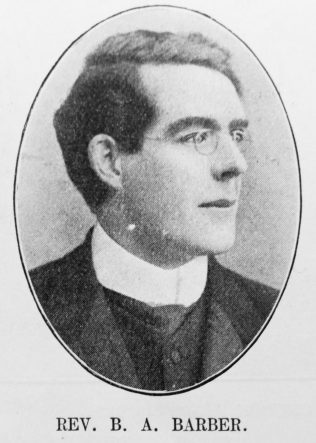 Benjamin was born in 1876 at Leeds, Yorkshire, to parents George Calvert Barber and Hannah Carter. Hannah died when Benjamin was very young.

His obituary records that his special gifts were of the literary order. Sensitive to the best in English Literature, he became a stylist and a master of flexible English prose. His sermons were choicely expressed and gemmed with apt literary allusion. Culture, in his case, was not cold, but was fired by a high passion for social justice.

In WW1 Benjamin served as a chaplain, both in France and Italy. Towards the end of the war he became Educational Officer, and long after the armistice, lectured in English Literature.

After the war, Benjamin entered upon a great ministry in Harrogate, which lasted ten years, before becoming Connexional Editor. In 1935, he returned to circuit work and practically died in harness, as he survived superannuation by a few weeks only.

A Methodist pageant: a souvenir of the Primitive Methodist Church, 1932

What I believe: a symposium, edited by B. Aquila Barber, 1935

The art of Frank Salisbury, with a descriptive letterpress, 1936