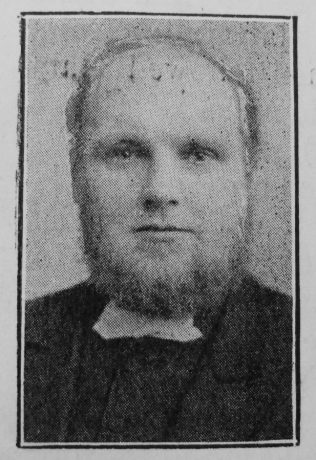 Transcription of Obituary in the Primitive Methodist Magazine by J. Redhead

Rev. Samuel Blackshaw was born at Darley Abbey, Derby, June 25th, 1852. His parents were associated with the Church of England, but when quite a boy he came under the influence of Primitive Methodism in Derby, and when twelve or thirteen years of age surrendered himself to the Saviour, joining our Traffic Street Church, Derby. He became a Sunday School teacher, then a local preacher, and was recommended for the ministry during the superintendency of Rev. John Wenn.

The following Conference stationed him to Braintree under Rev. G. Shore, and two years later to Brighton with Rev. W. Dinnick, with whom he formed a life long friendship. In 1877 he married Miss Johnson, of Derby, who faithfully helped him in his life’s work. She, two sons and one daughter mourn his loss. He subsequently laboured in Paisley, Greenock, Truro and Falmouth, Chesterfield II., Leicester II., Scotter, Lincoln II. and Doncaster I., to which he was engaged for a fourth year.

In all these places he laboured with steady consecration to duty, realising almost uniformly an advance in membership, and the reduction of financial liabilities. He also erected several new sanctuaries. As Rev. James Pickett said in an admirable address at the funeral, “Mr. Blackshaw was not a man to seek the high places of the field, but by a wondrously conscientious devotion to the small details of the work he laid many under a deep and lasting obligation.” Twice however he represented his District in Conference and recently occupied the chair of the District Meeting. On more than one occasion we heard him say, “I have had all the honours my District can give me and I am well satisfied.” Though not a theological expert or a higher critic, he was well versed in Methodist theology and delighted in Bible study, ever aiming at rightly dividing the word of truth that he might lead men into the light and experience of Divine things. Deadness in the church pained him and the lack of conversions would cause him to weep. His very last sermon was followed by three conversions. He was an excellent pastor carrying sunshine into the homes of the people and especially of the sick. Sunshine indeed was the outstanding feature of his life; for all he had a kindly word and smile.

Rev. T. Dowson writes, “It was a pleasure to know him and to be connected with him in Christian work.”

Rev. T. Cook writes, “We shall always retain happy recollections of his geniality, his real brotherliness and Christian love.”

Rev. R.W.B. Whiteway says, “He was good and true, a real Christian and a faithful minister of the Gospel.”

Rev. J. Blew, vicar of Scotter, writes, “It was to his Christian feeling and consistency that I owe a better understanding of, and a wider sympathy with, the members of your Body.”

The end came with the suddenness of a translation. Singularly robust and healthy, and for more than thirty years’ ministry never laid aside by sickness, till very recently he scarcely knew what headache was, but certain little signs, scarcely noticed, latterly were premonitory. He was slightly indisposed when he went to the District Synod, but hoped that the change would put him right again. But on the Saturday morning a paralytic seizure came. He was got home and hopes of improvement were entertained, but another attack followed, and after lingering but a short time he quietly and peacefully slept away into the Homeland. “For ever with the Lord, Amen, so let it be.” May the great Head of the Church comfort the sorrowing widow and family and guide and guard them “until the day breaks and the shadows flee away.”

He married Harriett Johnson (abt1851-1924) in the summer of 1877 at Derby. Census returns identify four children.