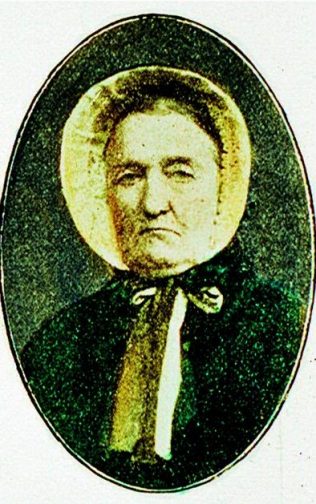 When the list of those ministers who had died in the previous year was read at the Conference of 1891, the President, Joseph Ferguson, specifically referred to Elizabeth Bultitude.  He concluded, ‘If Elizabeth Bultitude’s mantle would fall upon some thousands of her sisters left on the battlefield for toil and service, what a joy to the ministers and what a blessing to the church.’ [1]

Elizabeth Bultitude was born on 12 August 1809 at Hardwick in East Norfolk.  Her parents attended worship at the Wesleyan chapel and took their children with them, but they were too poor to pay for any formal education for them.

When Elizabeth was thirteen, her father died leaving the family in extreme need.  In an attempt to find work, they travelled to Norwich where they lived in such poverty that they were almost at starvation level.

Elizabeth’s conversion took place on 14 May 1826 at a Primitive Methodist camp meeting on Mousehold Heath when Samuel Atterby was the preacher.  However she did not become a formal member of the Methodist society until December 1830.

Within a short time she was given a note to preach and after taking services for several quarters as a Local Preacher, was taken out by the Norwich Circuit as a Travelling Preacher in July 1832.  Subsequently she was stationed in many circuits –

She wrote, ‘In all the thirty years I only missed two appointments, one when there was a flooding rain and the other, a heavy thunderstorm; and being planned out of doors, I did not think it wise to go. I have walked thousands upon thousands of miles during the thirty years. I have visited from ten to forty families in a day and prayed with them. I have preached five and six times in the week and three and sometimes five times on the Sabbath.’ [2]

Elizabeth Bultitude superannuated in 1862 and returned to live in Norwich where she continued to preach frequently.

She was described as having a ‘large round rubicund face’ and she customarily wore an old-fashioned poke bonnet.  With single male ministers paid as little as the poor members of their congregations in the 1830s, women who did exactly the same work as their male counterparts were paid just half the sum.  Elizabeth’s constant struggle to make ends meet meant that she had no money for new clothes.  When stationed in the Soham Circuit, she came in for criticism for her appearance and wrote, ‘What money I had would not allow me to dress smart enough for the people.’

In order to prevent a scandal arising about her behaviour, she would allow no man to enter her pew and insisted that if they wished to speak to her they should go into the next pew.  She had a blunt manner of speaking and it was said that nothing would induce her to rock the cradle of a crying baby however much the baby cried.  Her picture shows a grim-faced woman with a downturned, disapproving mouth.

The 1881 Census records her living as a lodger in one of the tiny houses in Armes Street off Dereham Road, a poor area of Norwich.  Her younger brother James and his wife lived in the same street. Elizabeth was devoted to James who was a drunken, wastrel of a man who worked as a fish dealer and seller. Subsequently she lived in a very small house near Queen’s Road Chapel.

She died on 14 August 1890 aged 81 after a long and painful illness.  She was buried in an unmarked grave in Earlham Cemetery.  Her memorial sermon was preached at Queen’s Road Chapel by Rev. Jonathan Scott.