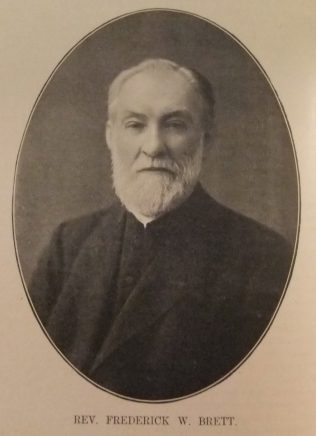 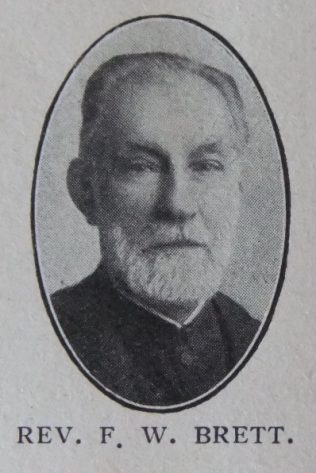 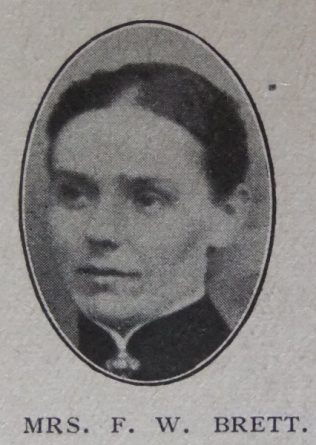 Frederick was born in 1846 at Stody, nr Fakenham, Norfolk to parents Samuel Eastaugh Brett and Martha Ann Ladall. His parents were members of the PM Church. Samuel was a baker.

Frederick was converted at the age of fifteen, an event that took place at his mother’s knee one Saturday evening, as she was explaining a portion of the first chapter of St John’s Gospel. Frederick’s name appeared on the plan in 1864 and he laboured with acceptance and success as a local preacher for four years. He then went to St Ives (Hunts) and Wangford as a hired local preacher. He was examined for the itinerant ministry in January 1870 and was sent by the General Committee to Kings Lynn to supply for Rev R Howchin whose health had broken down.

His obituary records that Frederick’s sermons were fresh, forceful and arresting. He lived for his preaching, and the passion for souls was always present with him. Frederick was a staunch advocate of social righteousness, a keen student and a great reader, and his preaching was of a very high order.