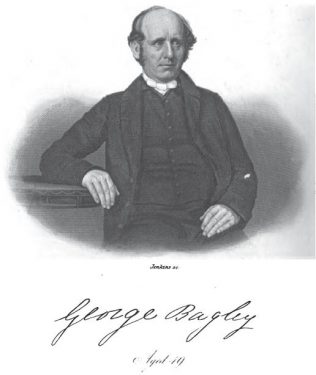 George married Frances Bangham, born abt 1807 in Tenbury, Worcestershire. She died in Wolstanton in 1892. They had four children.

George had the following book published in 1852.