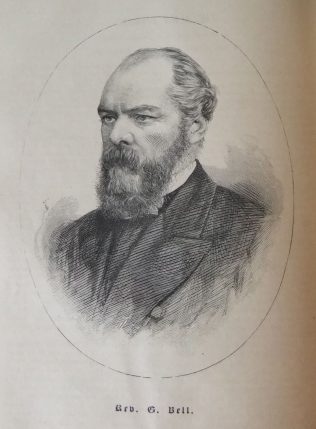 George was born on 21 September 1833 at Reedham, Norfolk to parents George and Mary. George senior was a shop-keeper and local preacher. George’s younger brother, Benjamin, also became a PM minister.

Prior to becoming a minister, George worked as a white-smith.

George’s obituary records that his character was beautiful. He lived a glorious life. Mentally, morally and spiritually George Bell was great. He had the business acumen of a statesman, and many difficulties propounded to him for solution were safely negotiated.

His preaching was definite and replete with evangelical fervour.

Long after his superannuation, George retained the position of missionary secretary for the district.