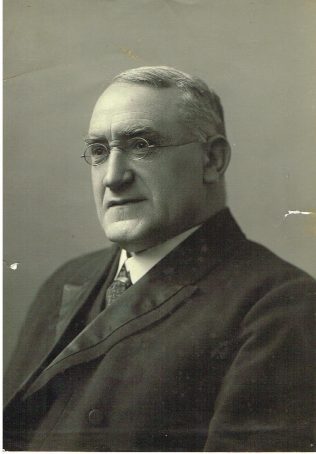 zoom
Rev G Bennett, in an album he gave to his wife Nellie at Christmas 1904. The album mainly contains photos of ministers at the 1904 PM Conference.
Englesea Brook Museum 10.04 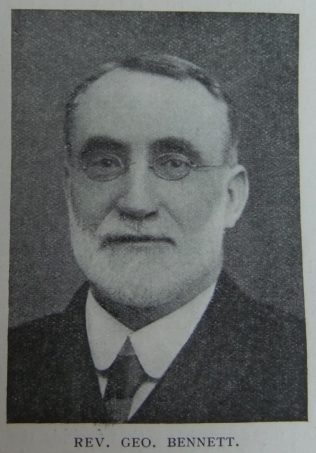 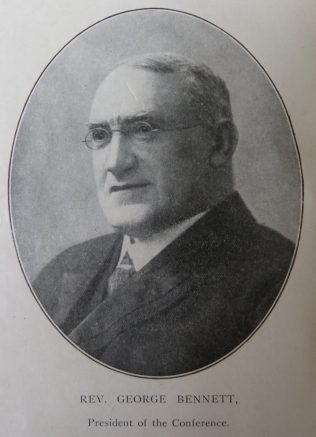 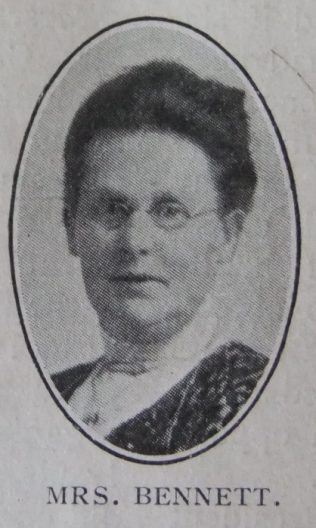 George was born in 1855 at Luton, Bedfordshire to parents William and Sarah. In 1861, William was a straw bonnet blacker. He died when George was thirteen. George, the eldest of four children found employment in the straw trade, first at Luton and then at St Albans.

George was converted when fourteen years old. Within a year he was recommended for the plan and at sixteen was a local preacher. He formed the habits of serious study and in January 1875, he entered the Northampton circuit to supply a ministerial vacancy.

George was not a builder of chapels, but dealt energetically with big debts. As a preacher he was thoroughly evangelical, and was in revivals from the earliest days of his ministry.

During his time as Connexional Sunday School Secretary George was involved with producing the Sunday School Hymnal, the Mission Hymnal and a new supplement.

In 1905, George began to edit the Primitive Methodist Leader, a role he fulfilled for nearly twenty-five years until superannuation in 1930. He took charge of the new venture from the beginning and shaped its direction. His consideration, in the columns of the Leader, of those who opposed Methodist Union did much to save the denomination from disruption and to make Union possible for the Primitive Methodists.

George was President of Conference in 1914.

His obituary records that George was a great man. Great in our deliberative assemblies; great in the pulpit; great on the platform in his happy pay of words and sparkle of thought; greatest of all when in the fellowship meeting he testified of his Lord. He was a level-headed man of affairs, yet a mystic and a saint. Life’s stern school which had made him wise beyond many, gave him deep sympathies and quick understanding.

George married Emla Rowe (b abt1853) in the summer of 1879 at Luton, Bedfordshire. Census returns identify one child.