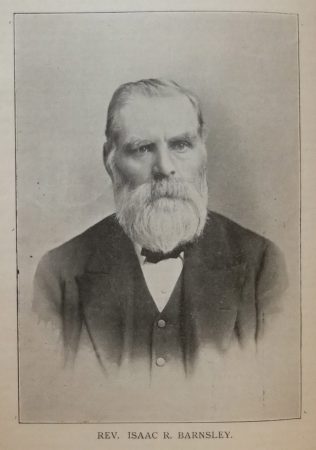 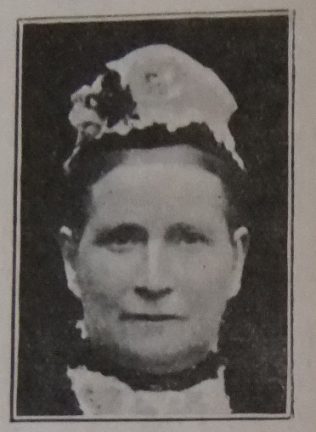 Isaac was born on 2 September 1840 at Aldwark, Derbyshire to parents William Barnsley and Lydia Rains. William was a farmer and PM local preacher for sixty-six years.

Isaac gave his life to God when a boy, aged ten years old. He was a local preacher for four years before entering the ministry.

Isaac’s obituary records that he had a most honourable and useful record in his circuits and in some of them was favoured with great spiritual success. The financial interests of the churches were greatly benefitted by devoted and painstaking labours. New chapels were built in the Burton, Wirksworth and Lymm circuits.

Those who heard him preach most frequently said his sermons were well prepared, and sounded the evangelical note, characterised by freshness of thought and often bore evidence of wide reading. In delivery he was always sober and sincere.

Isaac was pre-eminently a circuit minister, intently concerned for the progress and increasing influence of his church as a moral and redeeming force in modern life.

Isaac married Priscilla Watts (1840-1906) in the summer of 1868 at Southwell, Nottinghamshire. She was the daughter of Rev William Watts . Her obituary records that she was baptised by Hugh Bourne. Census returns identify three children.