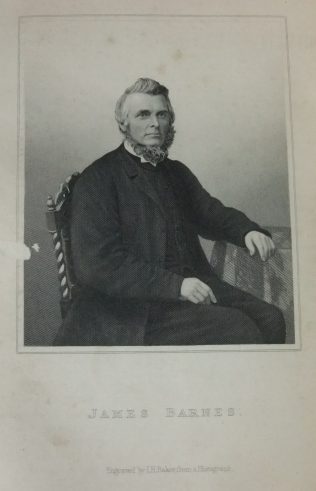 James was born on 12 August 1815 at Hill Farm, Penn, Buckinghamshire to parents Edward and Hannah. He was baptised on 12 November 1815 at Penn. The family soon moved to Caversham, nr Reading, and regularly attended the established church.  James’ mother became a Primitive Methodist in her later life.

James was converted in 1835. In his second year after conversion, he was a prayer leader on the plan; the following year an exhorter and then on full plan. The fifth year saw him enter the ministry.

His obituary records this early anecdote from his ministry; ‘On an occasion the rent of the room where they preached remained unpaid for want of funds. The door had been locked against them; preaching time came but no admittance. They went into the lane; the snow was thick and no moon; they stood a lantern in the hedge and held the service. A carriage came along; it stopped till the service closed. Next morning, a footman enquired for the ‘hedge preacher’, and gave him a note from the lady in the carriage of the night before. On opening it there was a £5 note with the words’ “To buy the ‘hedge preacher’ a warm coat”. Gladly James took the money – it was just the sum required, paid the rent and had the pleasure of conducting the service on the next Sabbath moring in the room.’

The 1851 census of chapels records James Barnes, minister at Newtown, at Leighton Township, in the parish of Worthen, Montgomeryshire. A service held in the house occupied by a family had an evening attendance of 24.

The 1861 census identifies James as a widower, but the census returns do not allow his wife to be identified.