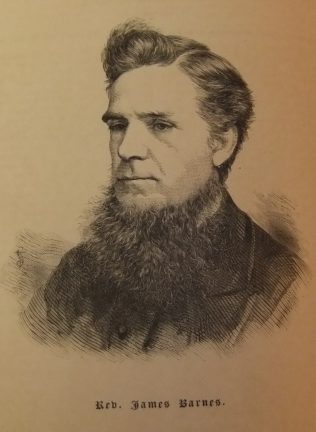 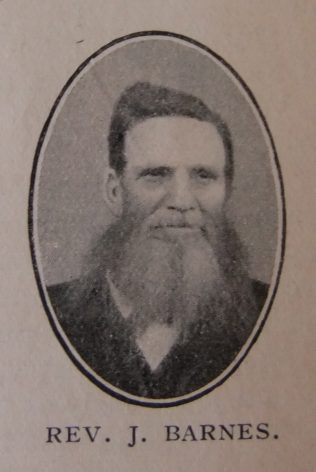 James was born on 13 July 1836 at Briston, Norfolk to parents Robert and Sarah. Robert worked the land.

James was converted at a cottage prayer meeting held on 14 December 1852. The following June he was authorised to accompany a local preacher on his appointments and on the next plan is shown as an exhorter.

James was recommended for the ministry in September 1855 and started at the Hertford mission in November 1855. Seven weeks later he was sent to Newtown and Welshpool to supply for Rev David Kent.

His obituary records that James was known for his fervour and aptitude for distinctive evangelistic preaching.

James married Jane Pessoll (1844-1925) in the summer of 1861 at West Bromwich, Staffordshire. Census returns identify nine children. (His obituary records that he had a total of eleven children; eight died before him.)