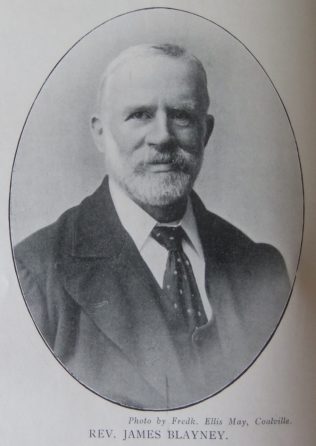 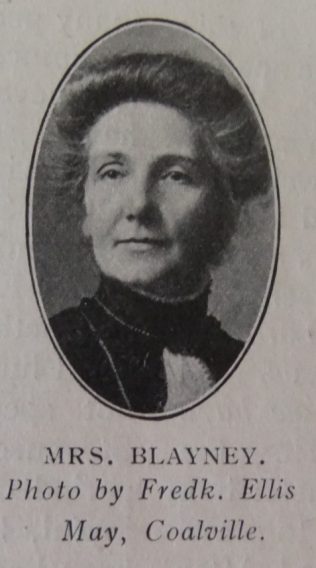 James was born in November 1853 at Ludlow, Shropshire. His father, Thomas, was a churchman, but on the death of his mother when James was aged four, Thomas took the new Inn at Lydbury North with his mother Elizabeth (James’ paternal grandmother). Thomas kept that until his death five years later. James was then taken back to Ludlow, where he had twelve months’ schooling, secured by doing odd jobs, and with the assistance of his eldest sister. At the age of ten, he went to work.

James attended the Primitive Methodist Chapel by invitation, and in a revival under the ministry of Revs J. Timmins and D.S. Prosser, he was converted at the age of thirteen. He at once became a Sunday School teacher and at fourteen began to preach. James did this for nearly three years. Then came a dark period in his life; he fell into sin and lived a wretched life until he was twenty. Under a powerful sermon by Rev W Turner he was brought back to God. He was given valuable counsel by Revs J. Barnes and J. Davies and put back on the plan. In 1875, James went to Stroud as a hired local preacher and the following year received into the regular ministry.

James was upright in figure and in conduct. He had an excellent voice, well modulated, under splendid control, and there were few better outdoor preachers. His sermons were carefully prepared, though in their delivery he never confined himself strictly to his manuscript. He was a ready and easy speaker, and proclaimed his message earnestly with pathos and power.

His obituary records that James was a man of gracious spirit and of a studious nature, possessing a tenacious memory, an indomitable will, and a rare gift of wit and humour. He revelled in expository literature and natural science.

From his retirement in 1928, until his eighty-seventh year, James continued to conduct services nearly every Sunday.