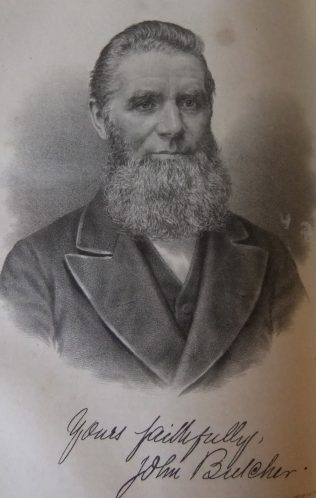 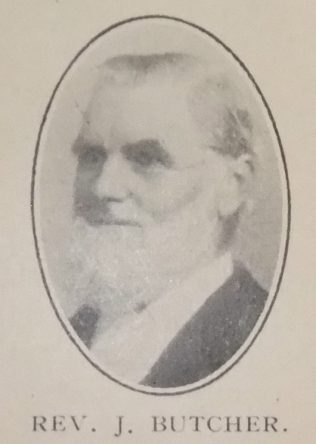 John was converted on 11 June 1854 at the close of an evening service at Honington. Following his conversion, such were his labours and devotion, he came a mark for clerical hatred and persecution, and was at last driven out of the village, only to return later to continue his former way of life.

His first sermon came about when he accompanied a friend to a service the friend was due to take. The friend got as far as announcing the text and could go no further. John stepped in and preached his first sermon. He soon became a local preacher and was invited into the ministry.

John’s obituary records that he belonged to the old school of evangelical preachers with a voice as clear as a bell, his meaning was never obscure or doubtful and with tremendous earnestness he sought to win souls.

In official matters he was strict and unbending, and was easily misunderstood. To those who knew him he was gentle as a child and kind as a mother.