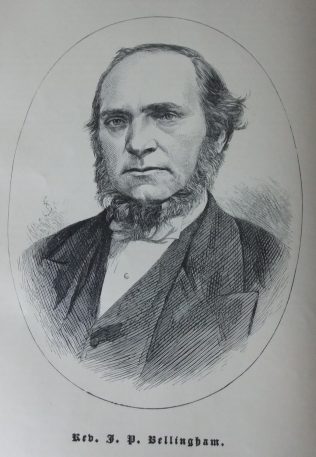 John was born in 1826 at Bickley, Cheshire to parents John and Mary. His father was the village schoolmaster and also a land surveyor.

In his early days, John was a regular attender of Church of England services and was confirmed by the Bishop of Chester. He was brought into the Primitive Methodists through attending a camp-meeting. He served as a local preacher for 5 years before becoming itinerant.

John had served a seven-year apprenticeship with his grandfather, a shoeing smith and veterinary surgeon. He declined a call to the ministry just as he was about to take over the business. A second call came before the transfer was completed which he accepted.

During his active ministry, John superintended the erection of eight chapels and two schools.

John was a Deed Poll Member of Conference.

A lover of nature from childhood, John was elected a member of Cardiff Naturalist Society. He wrote articles on Natural History, with his own illustrations, which ran in the PM magazine over two and a half years.