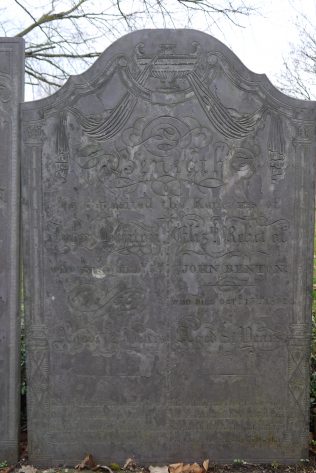 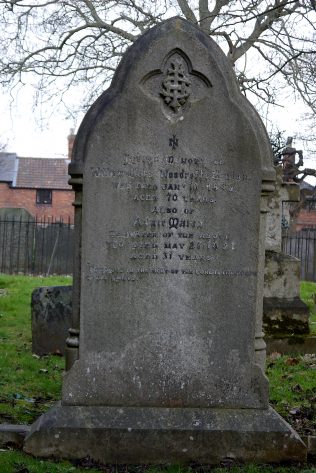 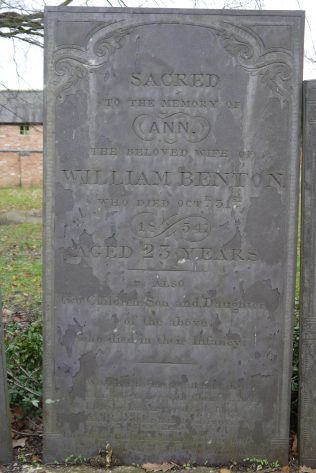 John was born at Cannock to parents John and Mary. He was baptised at Cannock on 30 March 1783.

Hugh Bourne first became acquainted with John Benton in July 1810 when on a visit to Mr D Buxton of Wyrley Bank, Staffordshire. At that time he was already preaching, primarily convincing people of their sin.

Bourne describes him as being brought up in ignorance and not having much command of language. ‘His knowledge of the ministry was small, but his zeal was great, and he had a deal of success in awakening sinners. When souls were awakened he was at a loss, knowing little of justification (by faith)’. Through Hugh Bourne his faith was deepened and knowledge expanded. John felt the baptism of the Spirit at the 5th Ramsor Camp meeting on 26 May 1811.

John did not join the PM connexion immediately, although he attended some camp meetings and in various ways co-operated with preachers. He also went off on mission, notably to London in 1811. He finally joined the Primitive movement on the October quarter day 1813.

John Benton effectively replaced James Crawfoot as a key missionary for the new connexion. Petty relates that he travelled extensively including Ratclifffe on Trent, Bingham, East Bridgeford, and Whatton.

In some places he met considerable persecution. Herod reports that at Bottesford, Mr Benton was violently opposed. As soon as Mr Benton commenced worship in the open-air the bells of the church began to ring, dogs were set to fight, a great drum was beaten, and different instruments of music were played. Persecutors then assailed Mr Benton with rotten eggs, filth and stones. But the preacher stood unmoved at his post, the Holy Spirit accompanied his word, and many were convinced to the error of their way.

At Kinoulton, a young man of the village sought to disrupt a gathering by letting loose a dangerous bull. This back fired on young man and he was brought to faith and afterwards ‘became a useful preacher’.

In 1818, whilst speaking at a large camp meeting at Round Hill near Leicester, John lost his voice and his labours as a Primitive Methodist missionary terminated. For five years from 1813 he was considered to be a very successful missionary for the PM cause. He had proclaimed the gospel in East Staffordshire and Derbyshire, Leicester, Nottingham and Grantham. Among the new converts from his Derbyshire campaign were John Ride and John Harrison, who were themselves to become significant PM pioneers.

Benton’s time recovering from his lost voice coincided with a time when the Primitive Methodists were developing a code of discipline for their preachers, leading up to the ‘Preparatory Meeting’ in Nottingham in 1819, which was itself a precursor for future conferences. It is also clear that a number of the early PM missionaries were highly individualistic characters who did not submit easily to discipline. After 1818, Benton never appeared on any PM preaching plan nor was he officially active in the PM church, although it is known that he continued to preach in an ad hoc way.

He had a very strong conviction that Primitive Methodism ‘should be allowed to go through the land as it was raised up to do’ For John , that meant that he felt he should go where he was called to go, not necessarily where he was sent.

His individualism is illustrated by him publishing his own book of hymns in 1834. It contained this notification; ‘These hymns are the private property of John Benton, having originated from him; therefore to warn people against printing them’.

Although thinking of himself as an independent Primitive Methodist, he financed Dead Lane Chapel, Loughborough some 15 months after his retirement and signed himself on the deed as a ‘Dissenting Minister’. He also helped with the finances of the Belper Chapel and Broad Marsh Room in Nottingham. Later, in official records, he is described as a farmer and land owner.

John Benton married Elizabeth Woodroffe (1780-1862) on 3 December 1817. Elizabeth was the daughter of a well-to-do yeoman farmer of Costock, Nottinghamshire. She had been converted through the preaching of Benton. Her father, a staunch member of the established church, was against the marriage. However, Elizabeth, aged 37 to Benton’s 34, made up her own mind, so she rode pillion behind Benton to Upper Broughton, Nottinghamshire where they were married. Both Elizabeth and their son William John Woodroffe Benton (1818-1889) were active members of the PM connexion. William was for some time the steward of the Loughborough circuit. John Benton died on 5 February 1856 and was buried at Barrow-on-Soar.

Herod, G.  Biographical sketches of some of these Preachers whose labours contributed to the origination and early extension of the Primitive Methodist Connexion, 1855