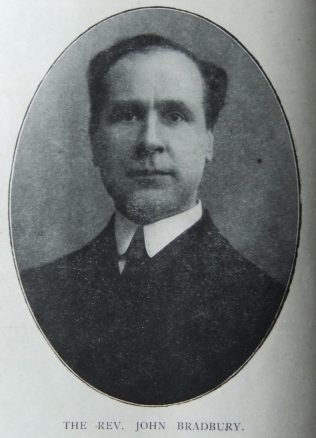 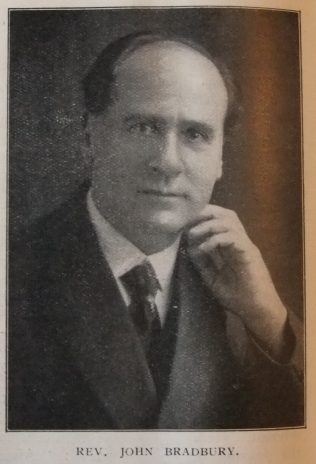 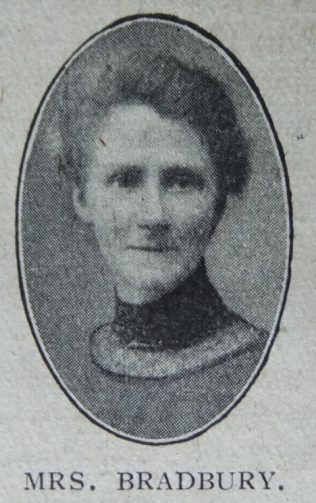 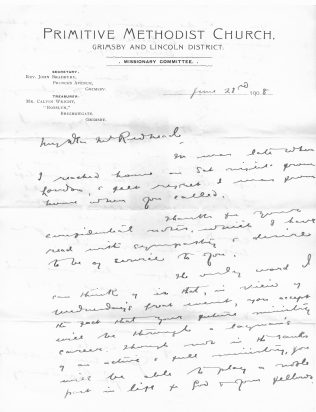 zoom
First page of a letter sent by John Bradbury to Joseph Farrow Redhead, June 1908 (see comment below for the story behind the letter)
David Redhead 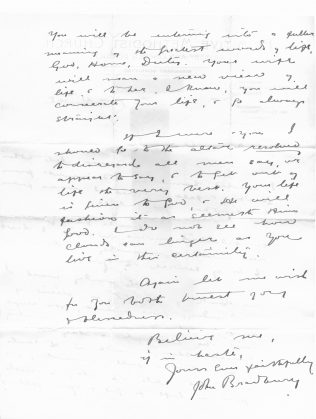 Wherever John ‘travelled’ he left his mark, not only on his churches and circuits, but upon municipal and social life. He not only served his own churches loyally, he fought the ‘peoples fight’ of righteousness and truth. Believing, as a ‘practical mystic,’ that the true minister should be the servant of all, and that the Kingdom of God on earth requires purity in public affairs, he did not hesitate to use the Press, or, as in Grimsby and Blackpool, by appointment, the Council Chamber, to ‘declare the whole counsel of God.’

John served as Secretary of the Candidates Examining Committee.

He wrote regularly for the PM Church magazines and was one of the men who helped to found the Primitive Methodist Leader. For a number of years John wrote a devotional article each week.

John-Bradbury-obituary (55 KB Adobe Acrobat document, opens in a new window)
Transcription of obituary published in the Minutes of Conference.