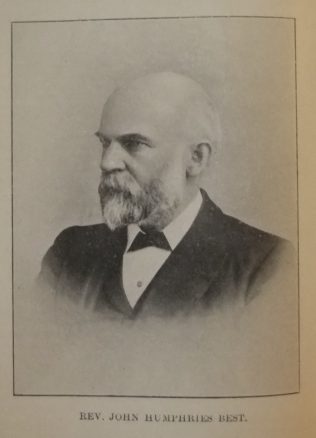 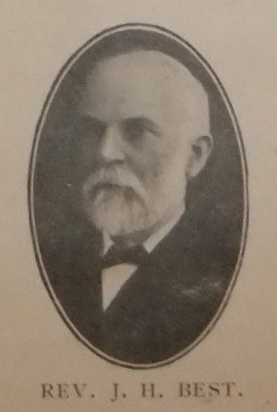 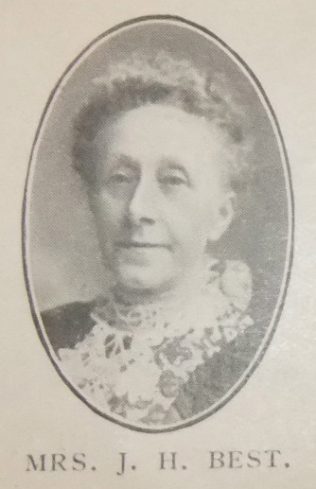 John was born on 14 May 1849 at St Ives, Cornwall to parents Joseph Best and Anna Maria Humphries. Joseph was a PM Minister. Anna died when John was eight years old.

John was converted in 1864 whilst living with an uncle in Bath. He immediately joined the Claremont Church. He started to teach in the Sunday School and in September 1865 made his first attempt at preaching. At the age of seventeen he was recommended for ministry by the Bath circuit. His desire to attend Elmfield college was frustrated and he began his ministerial work in the St day circuit before moving to Pilowell.

John ministered to stations differing widely in extent and strength, but on all of them he left an honourable record as a capable preacher, a true pastor, and a friend beloved and trusted.

When John first went to Plymouth in 1892, on the first Sunday he preached to a small congregation, composed mostly of the poorest of the poor, in a dingy, dusky, dilapidated old chapel, deeply involved in debt. Public sympathy with the Primitive Methodists work was dead. The minister stood alone, all his surroundings being cold and chilling. His last Sunday, 8 November 1908 was spent in a church which stands in a most commanding position and ranked among the best in the denomination – bold and bright, commodious and comfortable – a noble memorial of noble toil and a fine opportunity for service.